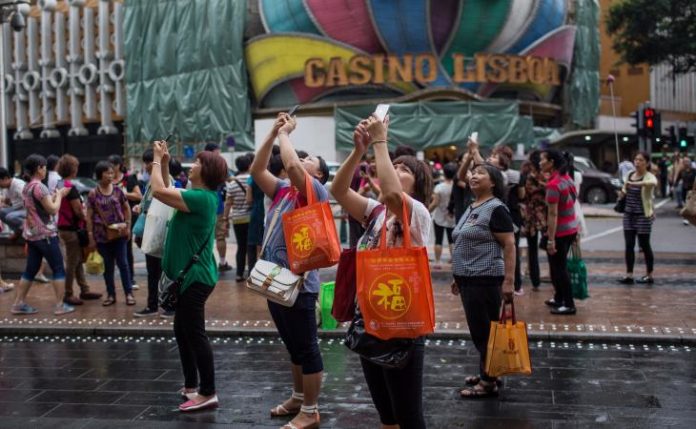 Over 70 per cent of outbound China tourism in 2015 was to Hong Kong, Macau and Taiwan, according to a joint report by UnionPay and the China Tourism Academy.
The report finds that for the 2015 year outbound Chinese tourists reached 117 million, showing 9.8 per cent year-on-year growth, down from the 20 per cent year-on-year growth seen on average in previous years, notes the report.
Nevertheless, the report expects an 11.5 per cent year-on-year increase in outbound tourism from China would be posted for 2016, reaching 133 million.
Better visa policies and easier payment methods outside of Mainland China are lauded as factors that have promoted outbound tourism from the country.
According to the report, people born in the 1980s have become the major force in outbound tourism, with 85.9 per cent of tourists choosing shopping as their major spending item, although a shift in priorities to enjoying local life is evidenced, notes the report.
In total for 2015, Chinese outbound tourists spent US$1.05 trillion (MOP8.4 trillion), a year-on-year growth of 16.6 per cent, whilst spending per capita was US$893, showing a slower increase the report notes.
The Internet was cited as an increasing factor in outbound tourism, with 65 per cent of independent travellers interviewed having booked or bought airline tickets online, while 56.5 per cent booked hotels online and 57.7 per cent arranged their travel routes with the help of the Internet.
Thailand and Japan saw an 88 per cent increase in Chinese tourists during 2015. Meanwhile, Eastern Europe, South America and Central Asia are about to gain popularity, claims the report.
The China Tourism Academy is a specialised research institute affiliated to Chinas National Tourism Administration.

Clashes in Yangon as tensions rise over Myanmar coup