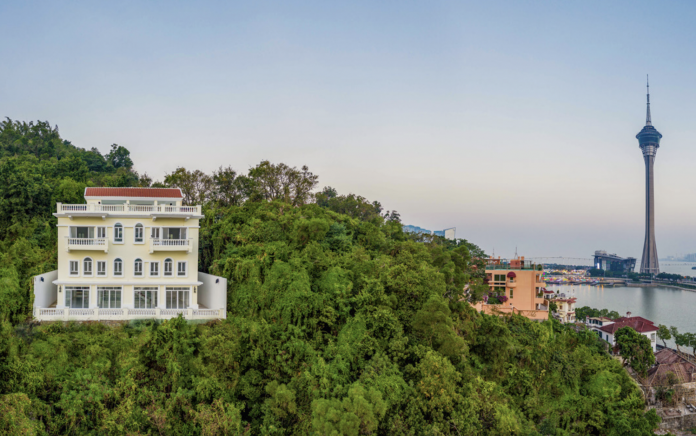 Macau Property Opportunities Fund Limited (MPO) has reported that although the response to the local community outbreak between July and August had a ‘severe impact on property market sentiment’ there are signs that wealthier individuals are seeking to enter the prime luxury segment for the ‘first time in several years’.

‘Macau’s zero-COVID strategy, which had already led to a sharp economic downturn and high level of unemployment, culminated in the start of a city-wide lockdown in June that included the closure of all casinos,” the property investment fund indicated in dispatch.

According to the fund in the number of residential property transactions fell by 50.4 per cent year-on-year from 3,243 to 1,607 units in the first half of the year.

At the same time, during the first three months of the year, the overall average price of residential units dropped 8.4 per cent quarter-on-quarter to MOP8,926 (US$1,106) per square foot, market conditions that remained until June.

‘Restrictions on travellers from outside China will continue to limit the number of potential buyers in Macau, and thus impact the timing of company’s divestment plan’

MPO is currently pursuing an active divestment its remaining assets on ‘acceptable terms under current market conditions’ with a focus on achieving debt repayments and the reduction of gearing through sales, along with a return of capital to
shareholders in the ‘shortest possible timeframe’.

The fund is a closed-end investment company registered in Guernsey, and the only quoted property fund dedicated to investing in Macau, with an investment portfolio o some US$251.5 million as of March 31, 2022.

MPO is managed by Sniper Capital Limited, an Asia-based property investment manager, with its unaudited Adjusted Net Asset Value reaching US$ 103.4 million as of June 30, 2022

The fund also completed the divestment of all 36 standard units at The Fountainside residential development in Penha Hill in 2021, with efforts ongoing to sell its Penha Heights colonial-style villa atop in the same area.

The Fountainside comprised 42 homes and 30 car parking spaces, with the reconfiguration of two duplexes into three smaller units substantially completed as of the second quarter of 2022, with marketing efforts set to start in the last quarter of the year following Land, Public Works and Transport Bureau (DSSOPT) inspection.

‘Several interested buyers from Macau and Hong Kong have been identified for the four villas. Counter-offers have been made, but negotiations have been hampered by the recent COVID-related lockdown,’ the fund added.

According to MPO, the luxury end of the market has experienced new lows in
transaction prices, albeit primarily from ‘distressed sellers of sub-par properties’.

‘Another transaction involving a two-bedroom apartment was concluded at a price 15 per cent short of its preCOVID levels. While some of the transactions were forced
sales following the recent collapse of the casino junket industry, these units are not generally considered top-tier luxury properties, and are not strictly comparable to the
company’s portfolio properties’.

The fund also underlined that Centaline predicts that the average price
of residential properties will likely increase by up to 5 per cent as market conditions improve, and as a growing number of cash-rich local families are considering switching from renting to owning or upgrading their current homes.

MPO is expected to publish its full-year results by the end of September.

December 8, 2022
A judge sentenced a top aide and ex-boyfriend of fallen Theranos founder Elizabeth Holmes to...

December 8, 2022
The Pentagon announced Wednesday it has awarded $9 billion in cloud computing contracts to Amazon,...