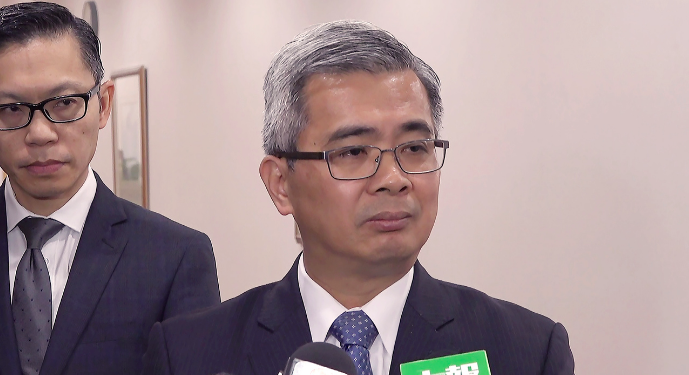 These comments were in response to last week’s incident at Galaxy Macau when a police officer fired a warning shot into the air after three Mainland Chinese men became aggressive when told they weren’t allowed to smoke in a restricted area.

Acknowledging that a shooting incident is no small matter, Secretary Wong said that an investigation has been launched into the shooting, but that the police officer involved showed “heroism” on the spot.

The Secretary also said that a meeting was held this afternoon between the heads of the Gaming Inspection and Coordination Bureau (DICJ), the Public Security Police Force (CPSP), and the Judiciary Police (PJ) to discuss and review future coordination procedures between local authorities and casino security.

The security head pointed out that if firearms must be used as little as possible, then additional equipment must be included in a police officer’s arsenal.

So the CPSP has been advised to research and review the possibility of using pepper spray as an alternative to firearms in last resort cases.

Secretary Wong also responded to public opinions urging the use of electric shock batons commenting that there would be greater chances of improper use due to their “strong attacking power”.

Meanwhile, the police officer involved in last week’s shooting has been put on administrative duties to better preserve his “mental well-being” and Secretary Wong stressed that his Office “fully supports the officer”.