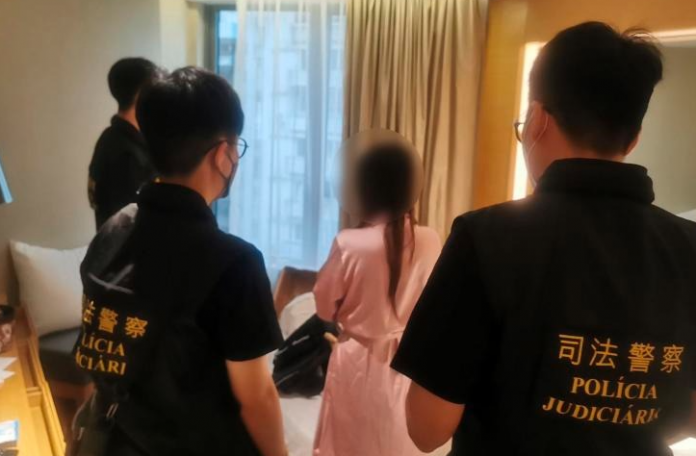 The Judiciary Police (PJ) detained nine local residents who are suspected of organising prostitution through an online discussion forum. They have allegedly profited some MOP 15 million (US$1.86 million) from the scheme over a period of 10 years.

The criminal group used online chat groups to recruit sex workers, and arranged for staff to post prostitution advertisements and write “positive feedback” in the discussion forum they created, while offering adult products delivery services, the police authorities indicate, as reported by TDM.

More than 52,000 prostitution advertisements were posted on the discussion forum, and the police estimated that the criminal group has made over MOP 15 million in illegal profits by charging the female sex workers MOP300 for each post as an “advertisement fee”.

The PJ said that the website, which is closed now, has been in operation for 10 years, with tens of thousands of registered accounts on the website.

In a joint action yesterday (Sunday), the Judiciary Police and the Public Security Bureau of Zhuhai arrested 9 members of the criminal group in Macau in 8 residential units, 1 shop and 4 hotels in the NAPE area.

Meanwhile, the two heads of the criminal group were also detained, along with a 34-year-old local male IT officer who was responsible for managing the discussion forum, with the suspects being transferred to the Prosecutions’’ Office for further investigation.

Twenty-six sex workers were also held, with one of them holding a forged Macau resident identity card, while a large number of adult products were seized in the joint action yesterday.