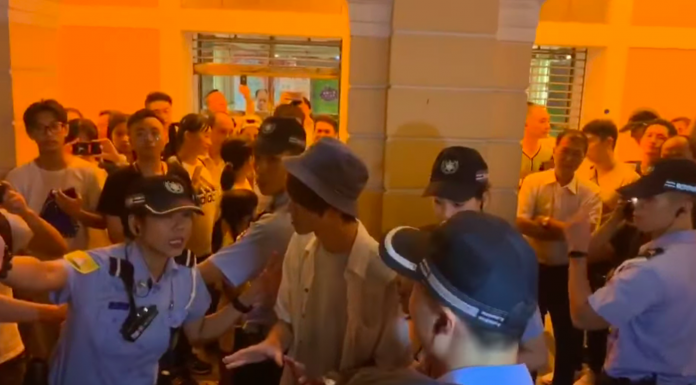 Legal expert, Antonio Katchi, told MNA that he believes that the decision by police authorities to detain several people on Monday night due to suspicions by authorities that they were taking part in an illegal gathering was an “abuse of power”.

Despite having rejected a request for a silent protest against Hong Kong police to be held at 8:00pm on August 19, on the grounds that the protest was supporting illegal activities in the neighbouring SAR, local police authorities still mobilised about 50 officers for a large operation in the area on Monday.

Between 8:00pm and 10:00pm on Monday, several ID checks were conducted on people present in the Senate Square, with about seven people – four local residents, two from the Mainland and one Hong Kong resident – detained and taken for questioning, due to suspicions that they were taking part in an illegal protest.

In one of the cases, a Macau resident was detained after a sticker supporting the Hong Kong protests was found in her purse, with the finding considered proof that she intended to take part in a protest despite knowing it had not been authorised.

A Hong Kong student and a local couple – including the girl with the sticker in her purse – were held for more than five hours for questioning until they were released.

According to Mr. Katchi, the police did not have the authority to detain these seven people, even if they had participated in demonstrations in Hong Kong, as such participation would not constitute any unlawful act.

“To the best of our knowledge, there was no request for arrest by the Hong Kong authorities. Similarly, carrying pamphlets related to the Hong Kong protests in your pocket or backpack is not an illicit act, nor is it being distributed – the distribution of leaflets that are not legally prohibited fits perfectly with the exercise of the freedom of expression,” the Macao Polytechnic Institute Professor told MNA.

A group of 30 men dressed in white t-shirts – mostly local residents – were also held by the Judiciary Police (PJ) in a parking lot of the Financial Services Bureau building in Rua da Sé for half an hour until they were identified and released, with some reports saying they were holding Chinese flags while standing in the square.

“The CPSP action was obviously an abuse of authority, and everyone arrested or harassed by the CPSP last night should report in detail on what happened, and lodge a complaint either with the Public Prosecutions Office or with pro-democracy legislators. It would be very important to clarify all disciplinary, criminal and political responsibilities for this authoritarian action,” the Basic Law expert added.