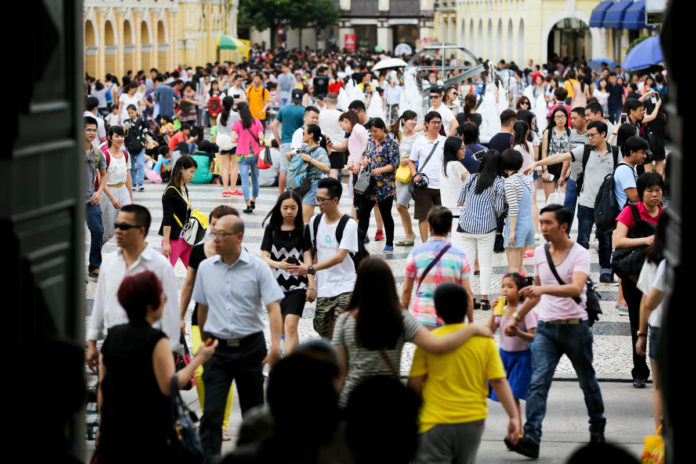 The Public Security Police Force (CPSP) has rejected a request to hold a protest at Senate Square on August 19 in support of Hong Kong protests, claiming that the demonstration could incite “illegal behaviours” similar to the incidents seen in the neighbouring SAR, which authorities considered had violated Hong Kong regulations and “seriously impacted the social order and the rule of law”.

On Tuesday calls for a protest on August 19 against the conduct of the Hong Kong police in the on-going protests were shared by local netizens on social media, with a request for the demonstration to be authorised sent to the CPSP as required by local regulations

The CPSP spokesperson announced the decision on a press conference held today, underlining that police authorities evaluated the protest notice and considered the convener is calling for supporting illegal behaviours in Hong Kong, which in their view could encourage people to imitate such behaviours.

Police claimed that this kind of protests could lead to actions that would go against the rule of law in Macau, something not allowed under the current law overseeing assemblies and demonstrations in public places.

Meanwhile, reports surfaced that following the protest request the Municipal Affairs Bureau (IAM) started repair works in Senate Square, with netizens stating the act was intended to be used as an excuse to not authorise the protest.

Finnish cruise ship evacuated after running aground in Baltic sea

September 21, 2020
A huge fire has destroyed part of the main building of Uganda's prestigious Makerere University,...

September 21, 2020
Kylian Mbappe returned to the starting line-up for Paris Saint-German on Sunday and scored the...

September 21, 2020
Top men's seed Novak Djokovic advanced to the final of the Italian Open for the...