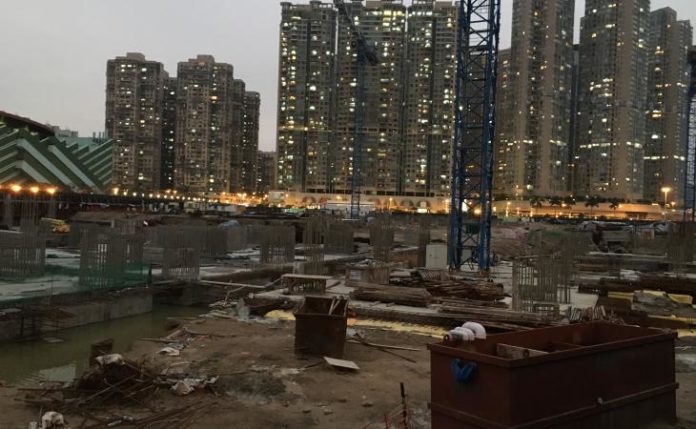 Developer Polytec Assets Holding Ltd. said it is still waiting for local courts to set a hearing date for its lawsuit against the local government concerning the site for its residential project Pearl Horizon.
Currently, the Group is still awaiting a hearing date to be fixed by the Courts of Macau for the legal proceedingsIt is expected that a hearing date will be fixed by the Courts of Macau in the near future, the developer said in a filing with the Hong Kong Stock Exchange on Wednesday evening.
Last December, the developers land concession for the plot was declared invalid by the government as the company had failed to complete the residential project before its temporary land concession expired.
The company had applied for extension of the land-use term for the plot but this was rejected by the authorities. The company has therefore applied to the Courts of Macau to claim for compensation of time, it said in the filing.
[We have] strong legal grounds to obtain a confirmation from the Court of Macau that the administrative delays had been caused by the relevant government authorities, the developer stressed, adding it is entitled to complete the project.
Interim net profit up
For the first half of the year, the Hong Kong-listed company generated HK$42.7 million (US$5.3 million) in net profit, up 3.6 per cent year-on-year, despite total revenue plunging 47 per cent year-on-year to HK$105.1 million, according to Wednesdays filing.
Meanwhile, the real estate developer saw the rental income from its investment properties surge by 26.4 per cent year-on-year to HK$39.4 million. In particular, that generated by Macau Square, 50 per cent owned by the company, soared by 26 per cent year-on-year to HK$36.5 million.
The group expects its investment property portfolio will continue to generate stable income for the second half of 2016, it wrote.
The company also added in the filing that another residential project in Macau, known as Lotes T+T1 development, is progressing well. The group is making every effort to ensure the construction work [is] completed and an occupation permit [is] obtained by the middle of 2017, it said.

Half of Israelis have had at least one Covid jab: ministry