Portugal’s republican guard (GNR) detained six people and seized more than 43 kilos of drugs in various locations in the district of Coimbra, the corporation said on Tuesday.

In a statement, the GNR said the investigation lasted about a year and involved six suspects, who sold drugs to several users in the districts of Aveiro, Guarda, Viseu, Leiria and Coimbra, from a house in a small town in the municipality of Lousã.

The GNR made six house searches and five vehicle searches, in a police operation that involved about 40 officers.

The searches, which took place in the municipalities of Lousã, Miranda do Corvo and Ferreira do Zêzere, made it possible to seize 36 kilos of cannabis, six kilos of hashish, 249 hashish slabs, 1,778 doses of cocaine, 68 stamps of LSD and 34 doses of heroin.

The detainees – six men aged between 30 and 70 – will on Tuesday be brought before the authorities at the Coimbra Judicial Court to apply coercive measures.

May 14, 2021
India's Prime Minister Narendra Modi has said he feels the pain of all Indians battling... 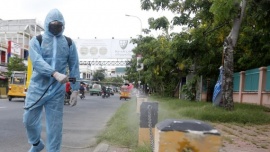 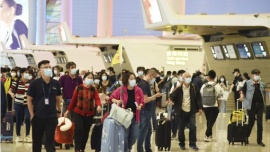 May 14, 2021
Germany on Friday said rockets fired by Hamas at Israel amount to "terrorist attacks" and...
Load more