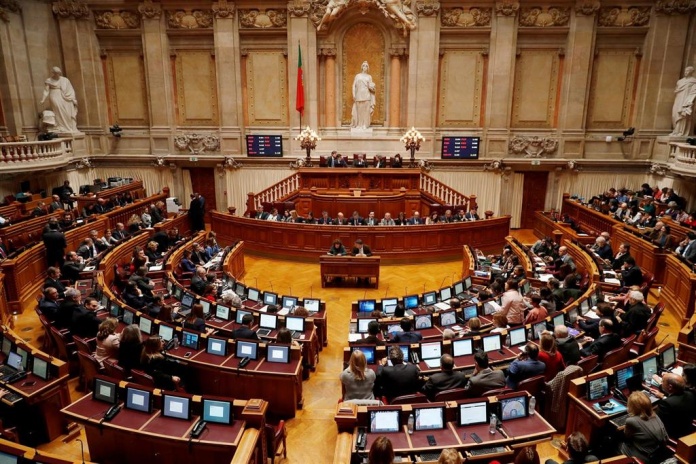 The Portuguese parliament considers that China has fulfilled “in good faith” its commitments in the context of the Macau transition, the chairman of the Foreign Affairs Commission told Lusa today, after denouncing limitations on press freedom.

Press freedom in Macau was discussed today by Portuguese legislators for the Foreign Affairs and Portuguese Communities committee, following a letter from 150 journalists, who appealed to the Portuguese parliament to raise concerns about the limitation of press freedom in Macau and monitor compliance with the agreement between Portugal and China on the territory.

The commission, said Sérgio Sousa Pinto at the end of the debate, demonstrated a “very general understanding” that “the commitments assumed with Portugal, which have already taken 20 years, have been fulfilled in good faith by the Chinese side”.

A position should not come out of the Portuguese Assembly of the Republic, as was requested in the letter.

“Parliament does not have to take a position on all issues. Parliament discusses the issues, and that is what happened today; it was an open discussion, open even to the media, and free on the situation allegedly experienced in Macau,” he said.

“We believe that blurring and dramatizing this issue at the moment is of no use to Macau or the Portuguese in Macau or the relations between Portugal and the People’s Republic of China,” he commented.

During the debate, MPs from the PS, PSD and PCP defended that there is freedom of the press in Macau, refusing to create a “case”, while the Left Block questioned the “hot spots” in the management of this process.

The letter from the journalists came after the position of the management of the public broadcaster Teledifusão de Macau (TDM), who told journalists of the Portuguese-language radio service, at a meeting on the 9th, that they would be prohibited from divulging information and opinions contrary to the policies of China and the Government of Macau.

In the letter, journalists denounce the existence of an “attack on press freedom in Macau” and demand that the “Portuguese State, as a contracting party to the Luso-Chinese Joint Declaration on the Macau Question”, exercise its duties.

According to the PS, deputy Paulo Pisco considered that “it is not worth creating a problem where it does not exist”.

“The Portuguese press exercises the profession with complete freedom, even contradicting official positions in China, without any problem. [This] is a problem that exists more here in Portugal than there”, maintained the socialist.

For Paulo Pisco, there was an “overzealousness” of “someone from the administration” of TDM, but then there was “a definite retreat” and “things were later put in their place”.

The Social-Democratic legislator José Cesário stated that for 20 years he has visited the region annually and never found limitations on freedom of expression.

“There is a controversy created, but if there are reasons to exist in Macau, it does not seem to me”, he commented, after recalling that China finances several media in Portugal without interfering in editorial issues.

For Cesário, “this is not the time to create a political issue, because it is neither correct nor just because of the almost exemplary way in which China has fulfilled” its obligations under the Joint Luso-Chinese Declaration on the transition from Macau to the Chinese administration, carried out in December 1999.

João Oliveira, of the PCP, declared that an “attempt was made to destabilize the situation in Macau, with the transposition of the situation in Hong Kong and some mimicry of processes and expedients” and warned of “the consequences that may arise for the Portuguese community residing in Macau, which can be caught in a crossfire “.

“The Portuguese State must not accompany the action of other States in order to exacerbate these elements of destabilization”, he stressed.

Left-wing deputy Pedro Filipe Soares recalled that the journalists’ complaint was supported by the organization Reporters Without Borders, “for which it deserves particular attention”.

“It makes sense for the Portuguese Government to inquire about what happened and for the Assembly of the Republic to take a position rejecting any interference with press freedom, whether in Macau or anywhere in the world,” he added, questioning that in this case “there are so many cloths to manage this process “.

Telmo Correia (CDS-PP) expressed concern about the case and defended the need to understand “what is the Portuguese Government” doing about this matter.

The head of the Macau Government, Ho Iat Seng, denied that the territory is imposing restrictions on press freedom and that he believes the media are patriotic and love the Chinese special administrative region.