The Public Prosecutions Office (MP) has warned that several cases of scams involving fake training money have been reported in the city, with some 40 investigations opened just between December, 2020 and mid-January, 2021.

The MP indicated that such frauds not just involved considerably high values and not just caused property damage to the victims, but also ‘seriously disturbed the social order of Macau’.

The inevsitagtions targetted fraud schemes usually with a similar modus operandi, in which the defendants alleged they could provide the money exchange services and required the offended parties to transfer the amount to be exchanged in advance, via mobile phone, to the bank accounts of the Mainland of China.

After the transfer, they immediately handed over bundles of fake notes to the defendants, with real notes in the cover and marked training notes underneath.

In some cases the fraud was discovered when some of the offended counted the notes on the spot and the defendants were handed over to the police, but most of the transferred values ​​were considered difficult to recover.

Soem of the frauds included amountsfrom tens of thousands to hundreds of thousands and could constitute a high value fraud crime punishable with prison terms of up to 10 years.

In 17 of the investigations opened by the MP the frauds involved substantial amounts with the perpetrators not local reisdnets.

February 26, 2021
China has sufficient refrigerated trucks and cold boxes to meet the transportation needs associated with... 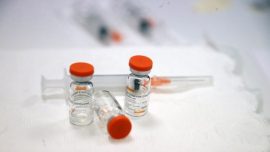 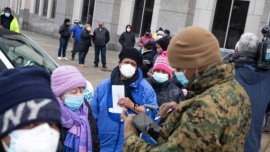