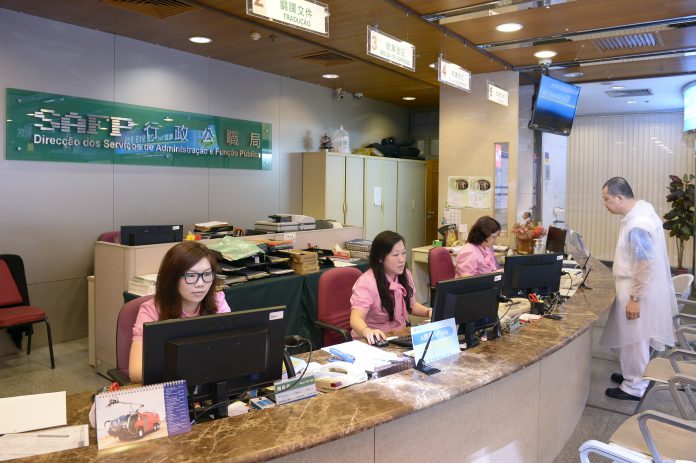 Cheong made the comments after holding a meeting with the Commission for the Evaluation of Remuneration of Civil Service Workers yesterday (Thursday).

The Secretary later pointed out that the government has a fixed mechanism regarding the adjustment of the salaries of civil servants, which includes listening to the opinion presented by the above-mentioned Commission.

During the adjustment study process, the commission will take into account different factors, including the economic situation of the SAR, the financial state of the government, changes in the average income in the private market, the rate of inflation and the opinions of workers in the public sector.

Chief Executive Ho Iat Seng has recently warned that a sharp drop in gaming revenues is expected this year due to the repeated local outbreaks, with the public budget likely to suffer a review.

After a MOP9.1 billion amendment to the 2021 Macau SAR budget, local authorities predict the year will end with MOP104.1 billion in public revenue and MOP103.5 billion in expenses.

The Macau SAR has collected a total of MOP22.2 billion in gaming tax revenue in the first seven months of this year, only 44 per cent of the estimated MOP50 billion figure for this period.

Local authorities have also estimated 2021 could end with some MOP130 million in gross gaming revenues, however as of August that tally stood at MOP67.7 billion, with a new amendment to the local budget expected to cover that shortfall.

Secretary for Economy and Finance, Lei Wai Nong, has previously indicated that in two years, the Macau SAR Government used MOP86.4 billion from the public financial reserves to balance the budget after measures to mitigate the economic impact of the pandemic were carried out.

The pandemic situation led the CE to instruct public administration departments to reduce current expenditures by 10 per cent this year, but with the cuts not affecting public employees’ wages.