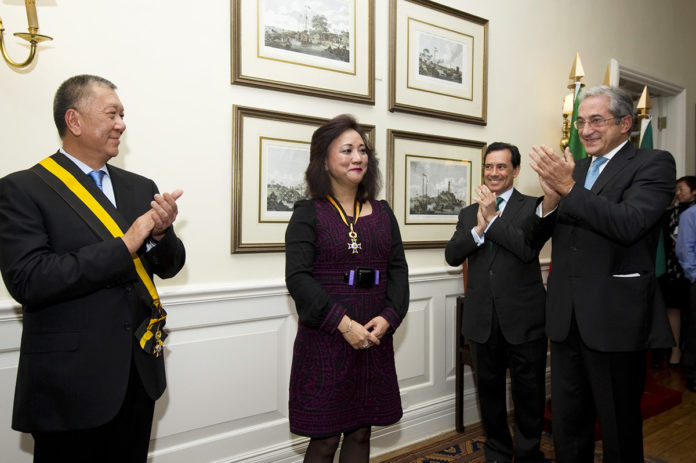 Local businesswoman Rita Santos has been appointed vice president of the Centre for the Promotion of Cultural Exchange between France and China, a non-governmental organisation linked to the United Nations Economic and Social Council.

The Centre for the Promotion of Cultural Exchange between France and China was created in 1979 by former French President Jacques Chirac.

Among the organisation’s missions is the promotion of exchange and cooperation between France and China, and the creation of better channels and platforms for exchanges between the two countries.

The Centre also aims to support diplomatic activities and cultural exchange between France and China, and also to support Chinese companies to invest in Europe and Africa, as well as to promote the introduction of European companies in the Chinese market.

Rita Santos has already represented the centre in signing a cooperation agreement with the “Guangdong Chamber of Commerce of Importers & Exporters”, to deepen exchanges and cooperation with Africa, in different areas such as economy and trade, culture, agriculture and technology.

Ms Santos served previously as Deputy Secretary-General of the Forum for Economic and Trade Cooperation Between China and the Portuguese Speaking Countries (Macao).