Analysts from brokerage firm Sanford C. Bernstein said in a note yesterday that a standalone hotel property ‘such as The 13’ would not be “economically viable” if it is not allowed to house a casino on its premises.
In a recent filing The 13 stated it had recently entered into a memorandum of understanding (MoU) with an affiliate of one of the holders of ‘a gaming concession or sub-concession’ in Macau in relation to the management and operation of a casino proposed to be opened in the property.
The Gaming Inspection and Co-ordination Bureau (DICJ) confirmed to Business Daily, however, that it has not yet received a request from any one of the gaming concessionaires to open a new casino in The 13 Hotel venue.
The 13 Holdings Limited also announced it is planning to open the hotel on or before March 31 of next year, a goal pending the accrual of nearly HK$2 billion (US$256.32 million/MOP2.06 billion) through a combination of funds, debt and loans.

No news is good news

The firm’s analysts also stated in the note that the 19th Communist Party Congress in Beijing failed to see Chinese President Xi Jinping announce any policies that could impact Macau’s gaming industry.
‘President Xi made a three-hour long speech during the opening ceremony […] proclaiming his intention to allow Macau and Hong Kong a “high degree of autonomy” in the future, but said China will exercise its “overall jurisdiction” over the two Special Administrative Regions including achieving full reunification,’ reads the note. ‘It is likely that China will continue to exercise strong influence over Macau and the gaming industry’.

Bernstein considered it a positive trend that overnight visitor numbers to Macau increased by 5 per cent year-on-year to 1.38 million in September, while same-day visitation fell yearly by 1 per cent to 1.1 million.
‘We see the trend remaining positive and helping with mass gross gaming revenue growth as overnight visitors are more valuable than day trippers,’ read the note.
The firm estimates the average daily revenues between October 1 and 23 increased by 19 per cent year-on-year to around MOP854 million, with total gross gaming revenues reaching around MOP18.8 billion.
The Bernstein note said the firm’s channel checks revealed a VIP win rate ‘above normal for the month,’ 20 per cent higher than the same period of last year, while mass market results increased by ‘mid-single digits’ year-on-year.
Bernstein analysts believe that if average daily venues for the remaining days of October see results of MOP650 million to MOP700 million the month will end with total gross gaming revenues of between MOP24.6 billion and MOP25.1 billion, a 13 per cent to 15 per cent yearly rise. 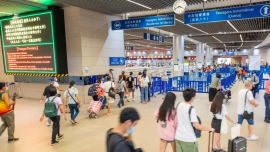 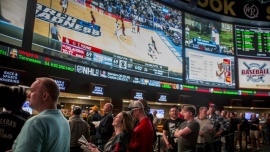 June 9, 2021
Macau SLOT Co. Ltd., which held the exclusive concession in the city for betting on... 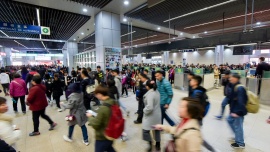 Visitor volume drops by 22 pct in one week after policies to contain Guangdong...