The Urban Planning Committee members have a number of doubts as to whether the former Court Building on Praia Grande in the city centre is the best location for the Central Library. During the 9th Plenary Session of the committee yesterday, the members also questioned the low height of the government’s future multi-function building on land plots C15 and C16 near Nan Van, saying the government should make better use of the land. Members of the committee questioned the future usage of the Ho Tung Library, if the Central Library is to be located nearby at the former Court Building, as well as the exact function of the Central Library. There were also doubts regarding the estimate of 8,000 daily visitors to the library. Issues relating to the inconvenience of limited car parking space and the preservation of the interior of the building were also brought up during the meeting. Legislator Mak Soi Kun also pointed out that the humid environment of the location might affect the preservation of books, and voiced concerns over the limited space for possible future expansion. Despite the many doubts that were brought up by the committee members, in general, the committee agreed with the necessity of building a central library in the city. Representative of the Cultural Affairs Bureau, Leong Wai Man responded that the Old Court Building is the most preferred location, especially after the establishment of the light railway in the future, since a stop will be located nearby. She also referenced the previous survey conducted in 2006, in which many people supported the building of a major library in the city. For the provision of car parks, Leong indicated that plans have been discussed in regards to connecting with the nearby Nam Van Car Park. In addition, Leong noted that the Ho Tung Library is only able to serve a small number of people. Make best use Meanwhile, members questioned the height of the future multi-function building for government’s administrative usage (offices, exhibition halls and a conference centre) at land plots C15 and C16 near the Legislative Building, since the building is comparatively short considering its intended purpose. The majority of the committee commented that the short height of the government building would not result in the best use of the land. Cheong Ion Man, a representative of the Public Works and Transport Bureau (DSSOPT) commented that the current height that has been introduced for the building acts as a reference only until more opinions are collected, and the height may be subject to further changes. He also revealed local planning cannot be provided if the entire planning is not prepared first. The Secretary for Transport and Public Works, Raimundo Arrais do Rosário also emphasized that they are following the Urban Planning Law and therefore they cannot make detailed planning decisions before the entire plan is approved. “The localized planning will not be approved officially by the Chief Executive if the whole planning is not provided […] the localized plans can only be used for references,” said the Secretary. 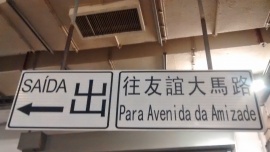 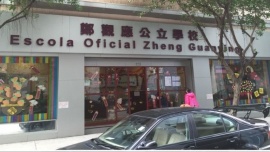