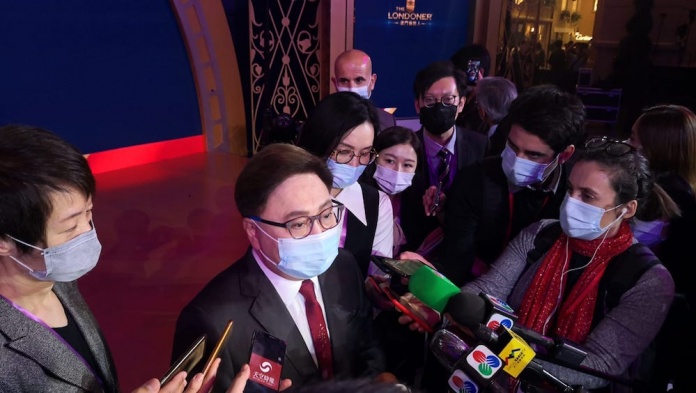 Gaming operator Sands China reported a hotel occupancy rate of over 90 per cent occupied during the Labour Day Golden Week, the group’s president, Wilfred Wong, stated according to TDM TV.

Wong also remarked that even with fewer tourists during the previous holidays compared to the pre-pandemic period, those tourists were spending more money while staying longer in the SAR.

The comments were made after a ceremony to announce this year’s Sands Shopping Carnival.

Gaming analysts have indicated that daily gaming revenues in May have increased considerably from previous months thanks to a Labour Day Golden Week boost and a steady growth in visitation.

The period between May 1 and 5 has reported an average of 33,000 daily tourist entries – about 25 per cent of the volume reported in the same period in 2019 – with May 1 reporting the highest single-day visitation number since the pandemic started, almost 45,000.

Sand’s new property The Londoner was also said to have reported a high occupancy rate with more attractions in the Sands Cotai Central revamp to be added during the Summer- including the Londoner Court suites and the 6,000-seat Londoner Arena – with the whole project expected to be completed by December or January 2022.

According to newspaper Tribuna de Macau, the group will also maintain its voluntary non-paid leave scheme for employees, described as a “care leave” programme, with Wong saying the group also allows for workers near retirement age to receive benefits if they opt by leaving their positions earlier.

August 3, 2021
Global reaction to the COVID-19 pandemic further widened global current account balances, which would have...

August 3, 2021
Health authorities have revealed that a local man already inside the SAR borders has tested...
Load more