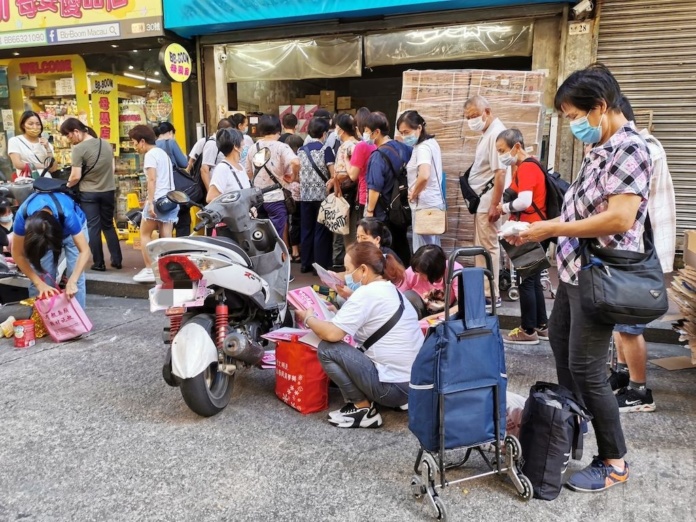 Immigration authorities in Macau and Zhuhai have threatened to mete out punishments to individuals attempting to cause disorder at the checkpoints between the two regions.

The warnings were issued after parallel traders have reportedly organised themselves to swarm the Border Gate immigration centre in droves in a bid to paralyse the facility.

It is believed that the smugglers, most of them former gaming workers and retired senior citizens, use that strategy to skip tight checks on goods brought across the border.

Offenders are liable to a fine of up to RMB2,000 (US$280.2, MOP2,234.3), or detention of five to 10 days. They may also face the prospect of being prohibited from using the immigration facilities for three months.

Yesterday morning, the Public Security Police Force had to put in place crowd controls to slow the flow of border crossers after an abrupt surge of travellers.

Last Friday, a man was also caught by a Zhuhai security force trying to barge his way past an immigration counter.

According to information revealed by local authorities earlier this month, merchandise worth MOP160 million had been seized from illegal smugglers, with 33 mainland Chinese workers having lost their work permits and banned from entering the city.

Recently, two parents were also found by customs authorities to have arranged for their kids to engage in parallel trading.

Branded alcohol, cosmetics and an ipad were found in the schoolchildren’ bags at the time of the discovery.

Authorities said that one pair of them had crossed the border between Macau and Zhuhai as many as six times.