James Saft, a Reuters columnist Concentrate on savings when you are young, but worry more about making the right asset allocation as you get closer to retirement. That’s the finding of a new paper from investment firm Research Associates looking at 401k retirement plans*. Broadly speaking, there are two principal ways to amass a capital sum: one is to put money aside, the other to invest it cleverly. Alas, far more ink, effort and blood is spilled trying to beat the market than in trying to get people to simply save early and often. There are many reasons for this. For one, it is easier to sell outperformance, which gives the illusion of a tactic which is self-funding. Much harder to sit down with a client and tell them that their savings are insufficient for their needs than to soft soap them with the prospect of effortless and sacrifice-less gain. None of this makes asset allocation unimportant, but only implies that it often gets attention which would better be spent elsewhere. Indeed, the authors suggest, sometimes the usual strategy of taking on more risk early and less late can have unintended and negative consequences. The study looked at target date funds (TDFs), the default option in many defined contribution retirement plans. TDFs make asset allocation choices in an attempt to maximize gains by some specific date, often the desired retirement date of the saver. While not all TDF funds are the same, they will tend to hold more equity during earlier periods, on the theory that the saver has time to bounce back from market corrections. As the target date nears, these funds often allocate more to ‘safer’ assets like bonds. But running millions of simulations on different scenarios indicated a different approach may work better. “Our quantitative results confirm that contributions matter more than allocations early in lifecycle investing,” said Jason C. Hsu, Jonathan Treussard, Vivek Viswanathan and Lillian Wu of Research Associates. “Asset allocation decisions in the first 20 years of a TDF scheme have no appreciable impact on the ending account balance. And it takes unreasonably high allocations to risky asset classes to make up for low initial contributions.” But in later stages approaching the target date, or retirement, investment returns, and hence asset allocations, are the “primary determinant” of final portfolio values, according to the study. Fear and greed among young people Some of this is just common sense. Contribute US$5,000 to the US$10,000 401k account of a 27-year-old and, presto, a 50 percent advance. Put the same US$5,000 in two decades later when the account has grown to US$220,000 and you only get a 2.3 percent gain. In the same respect a higher market return from that US$450,000 is far more meaningful than a big year when balances are low early on. This leads the authors to argue for some unusual tactics. Besides the importance of preaching saving to young plan members, they also acknowledge that the usual equity-heavy allocations in many early-stage TDF plans can backfire. Earlier studies have shown that investors’ contribution rates are affected by losses, even though a fall in the market logically implies that the next dollar is a better long-term investment than the one previous to it. A saver who lives through a bear market early in her career might shy away from making contributions. The reverse may also hold true: equity gains in early years could give savers a false idea of what their long-term returns will be. That can lead to pension contribution ‘holidays’ with terrible long-term consequences. Catch a few years of 15 percent returns and you will be tempted to take a vacation, both from contributions and to the beach, next year. Therefore it might be a good idea, from a behavioural point of view, for plans to have a lower equity weighting early on. The gains from a bull market early on will matter less than a bull market in a saver’s 50s, and the chances of the saver turning away from the 401k or from riskier assets will be less. None of this presupposes what the best allocation in the years nearing retirement might be. Allocations inevitably involve trade-offs between hoped-for returns and feared volatility. In theory return chasing won’t be any more successful for a 55-year-old than it usually is for the young and feckless. Still, the older saver should, on balance, spend more time, money and energy on asset allocation. In the same way, wealth advisors who can encourage clients to save early, even if they take fewer risks then and generate less in fees, are providing the best service. * http://papers.ssrn.com/sol3/papers.cfm?abstract_id=2612595 Reuters 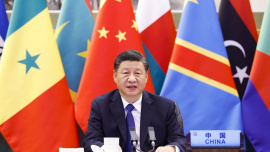 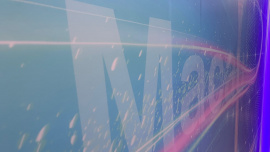 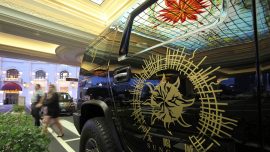 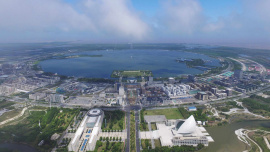