This year’s International Film Festival and Awards Macao (IFFAM) Project Market will be held online and include 14 projects, including local productions, a large Sci-Fi presence, and a film produced by Cate Blanchett and Christopher Doyle.

‘In the face of challenging times, we are very proud to announce that the IFFAM Project Market returns this December for the fifth edition of engaging projects from around the globe […] the IFFAM Project Market strives to be a meeting place between cultures, presenting a lineup of titles from high-level talent bridging cultural elements between Asia and the Western world,’ the festival organisation indicate.

These selected projects will be eligible for four cash awards while meeting with potential collaborators from around the world.

Hong Kong veteran cinematographer Christopher Doyle and US actress Cate Blanchett will be present in the competition through comedy Peaches, a collaboration with Hong Kong director Jenny Suen.

Meanwhile, Cannes selected director Eric Khoo has been responsible for production in the Singaporean creature feature Prisoners of the Pacific, while Filipino-Canadian director explores a very different sort of fantasy scenario summoning the iconic Bruce Lee back from his staged death and retirement to save his old friend Chuck Norris from imprisonment in The Dragon Returns.

Some IFFAM Project Market alumni will also be present, including Mattie Do – whose Venice and Toronto selected feature The Long Walk pitched in the very first IPM – returns with her body horror-tinged mystery Entanglement, together with local directors Maxim Bessmertny with Marlin and Sam Leong’s（梁德森）with The Darter.

The three-person jury will meet with the 14 projects to determine the Award Winners over the course of project meetings from December 3rd to 5th, and the 4 award winners will be announced online on December 5, 2020.

The prize is awarded to the project with the most profound qualities in all aspects.

The prize is to encourage the project with the most promising co-production element.

The prize is awarded to the project with the most creative originality and ingenuity.

Macao is a centuries old city and an intersection of Asian and Western culture. Macao Spirit Award recognizes the project that best integrates disparate cultures, for the purpose of celebrating the inclusive and glamorous nature of Macao.

January 29, 2023
Chen Jia doesn't often cook, but she still managed to prepare a hearty meal on... 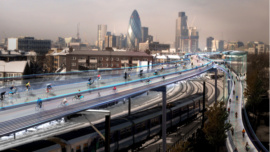 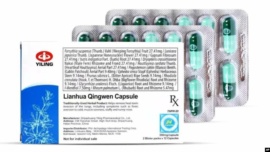 January 29, 2023
Public opinion may not know exactly what to think: after all, can Traditional Chinese Medicine...
Load more