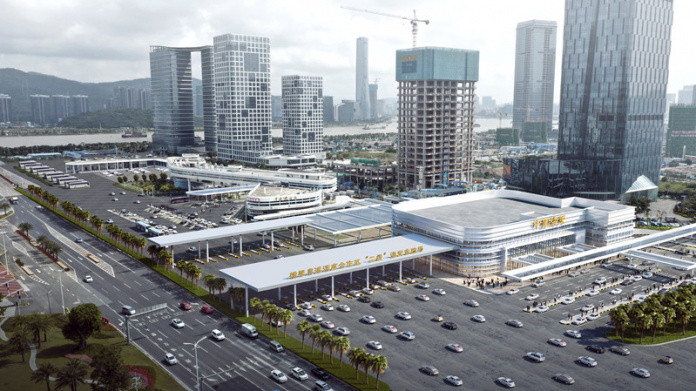 At about 4:00pm on the afternoon of December 6, the construction of the “second-tier” customs surveillance zones in the Guangdong – Macao In-depth Cooperation Zone in Hengqin officially started. With a total of seven customs surveillance zones in five “second-tier” channels, the overall project is expected to be completed before June 30 next year.

According to Xie Yingjun, acting deputy director of the Economic Development Bureau of the Guangdong-Macao In-Depth Cooperation Zone in Hengqin, said that the “second-tier” does not impose restrictions on the entry and exit of personnel. People don’t need to have their luggage checked when entering the island. And the policy on luggage check when leaving the island is still under consideration.

Marking a critical step forward for the Zone

“The start of construction of the “second-tier” customs surveillance zones today marks a critical step forward for the Zone.” Lei Wai Nong, director of the Executive Committee of the Guangdong-Macao In-Depth Cooperation Zone in Hengqin, said that the executive committee of the Zone will strengthen the supervision and management of project’s construction units, promote project construction on schedule, and make the cooperation zone more convenient for customs clearance.

In early September, China’s central authorities issued a general plan for building the Zone. According to the plan, goods moving inbound and outbound through “first-tier” between the Zone and Macau will be subject to registration-based management to simplify customs declaration procedures and elements further.

In the “second-tier,” all tax-exempted (bonded) goods moving from the Zone into the mainland territory are required to undergo customs clearance procedures as imported goods, tariffs and import duties will be imposed.