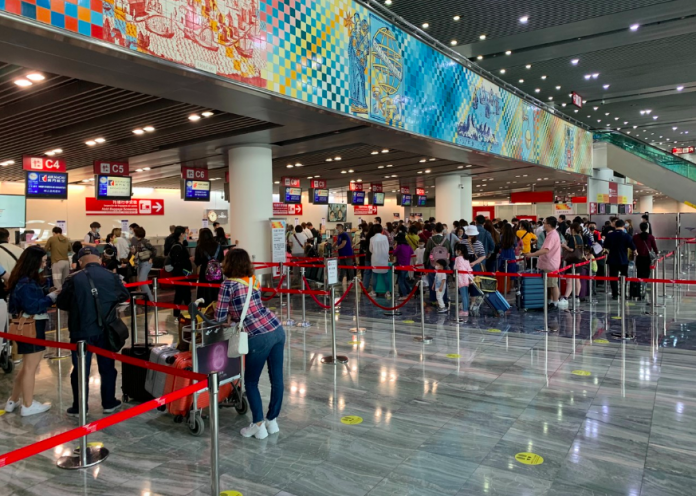 Of all mainland routes operating at the Macau International Airport (MIA) during the Labour Day Holiday Period, the Shanghai route had the highest total number of inbound and outbound passengers, the operating company indicated.

According to a summary meeting of the MIA operating company, during the five-day holiday routes to and from 18 mainland destinations were in operation.

Shanghai had the highest total number of inbound and outbound passenger, with more than 11,000, followed by that taking Beijing, Hangzhou and Xiamen routes, with more than 3,800, 3,700 and 1,600 passengers, respectively, according to the CAM Director of Marketing Department, Eric Fong.

In total MIA guaranteed a total of 345 inbound and outbound flights between April 30 and May 5 involving 37,079 passengers.

The period between May 1 and 5 has reported an average of 33,000 daily tourist entries – about 25 per cent of the volume reported in the same period in 2019 – with May 1 reporting the highest single-day visitation number since the pandemic started, almost 45,000.