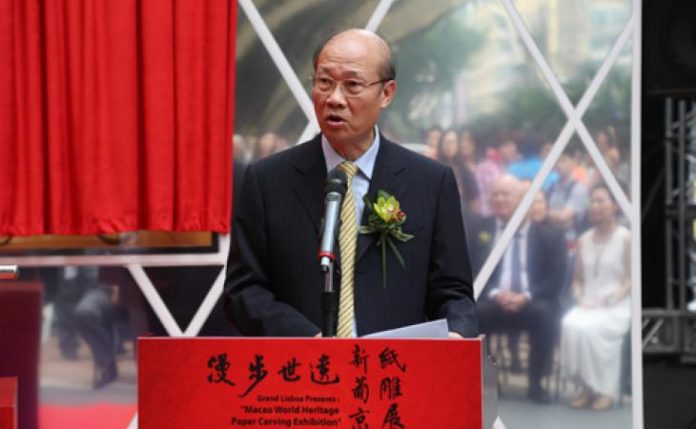 Macau gaming operator SJM Holdings is negotiating a new revenue sharing arrangement with its satellite casinos due to the soaring operating costs, its vice chairman and CEO Ambrose So Shu Fai confirmed.

In an interview with Hong Kong newspaper Ming Pao published today (Monday), Mr So did not divulge details about the new arrangement, but acknowledged the operator is asking for a bigger share.

He reasoned that gaming operators are subject to higher operating pressure than satellite casinos, gaming venues run by third-party investors under a gaming concession of one of the city’s six gaming operators.

“[Gaming operators] cannot sack people [local staff] and have to afford the running expenses as usual, averaging more than [HK]$10 million a day, while the business volume has declined,” he told Ming Pao, adding the business environment has been affected by the COVID-19 pandemic and Beijing’s heightened supervision over cross-border and illegal gambling activities.

Local media reported last month that SJM has been in talks with its satellite casinos for a bigger share of revenue in the operation of the latter .

Macao Daily News quoted some gaming sources saying at the time that this request from SJM would make it more difficult for satellite casinos to survive in the current market fundamentals, and some of them might cease operation.

In the interview with Ming Pao, Mr So stressed it is important for gaming operators and satellite casino firms to have “mutual understanding”.

Two satellite casinos under the concession of GEG—Rio Casino and President Casino—were closed in June, prior to the implementation of the revised gaming gaming law that bolsters supervision over the gaming industry, including satellite casinos.

The new gaming law, effective since late June, bans the share of revenue between gaming operators and satellite casino firms, and gaming operators can only pay “a management fee” to the latter. But a three-year grace period has been given for both parties to meet the new requirement.

The SJM CEO also addressed in the Ming Pao interview the challenges of gaming operators in getting new loans from banks to bid for a new concession.

The government has lately launched a public tender for up to six 10-year gaming concessions that will begin in 2023, as the current six concessions and sub-concessions will expire by the end of this year. The tender process, beginning in late July, will run until September 14.

As the local gaming operators have mostly reported losses since the start of the pandemic more than two years ago, one of the feasible options for them to improve their liquidity is to ask for banks to revise the terms and conditions of their existing financing arrangements, Mr So said.

He stressed SJM is committed to maintaining a gaming concession here in the new bidding process, as it “has invested a lot” in the city.

The latest official data indicated that Macau’s gross gaming revenue in Macau totalled nearly MOP28.86 billion in the first eight months of 2022, down by 53.4 per cent year-on-year. The latest tally only translated to just 14.5 per cent of the pre-pandemic volume.