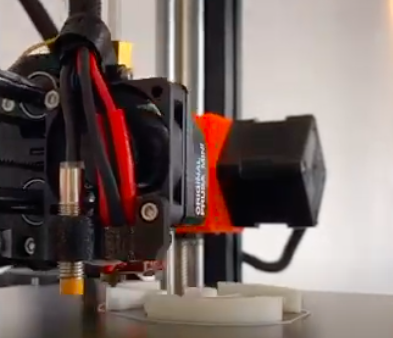 With the aim of facilitating the development of Macao as a Smart City, a research project named “Smart Print 3D” had been undertaken by a team of scholars and industrial specialists (from Macao and overseas). This project was supported by the Science and Technology Development Fund (FDCT) under the research funding called “Smart City” granted in 2019. 3D printing had been provided for the public to use for two months which enabled the collection of pertinent data for investigating how advanced technology such as 3D printing can be made more accessible to the general public in Macao as well as for determining the potential impact of this technology on the tourism industry. Despite the challenges brought by the COVID-19 pandemic, which made the evaluation of its potential on tourism impossible, the project’s results pertaining to the local community awareness has been promising.

A smart kiosk with Smart 3D Printing has been set up for over two months period in two different locations: The Science Museum of Macao and Creative Macao located at Macao Cultural Center. These two locations have attracted different groups of audiences. More importantly, a web platform to facilitate remote access to the kiosk had been developed which significantly increased the numbers of orders for our 3D printing service. Aside from visiting the physical kiosk at the locations, the public could also place their orders via the web platform making the kiosk accessible anywhere. Three different categories of objects were available for printing—daily products, Macao related souvenirs, and toys.

In addition, two workshops introducing the 3D printing technology were organised in July 2020. The workshops were immediately fully-booked upon launch. Workshop participants were provided the chance to experience the technology by printing their own customised 3D objects.   In order to promote the technology as well as enhance the public awareness of the kiosk, Smart Print 3D also strengthened its own social media presence through Facebook and Instagram.

Smart Print 3D has collected research data to examine the public’s general awareness of and interest in using the 3D printing technology, as well as its potential applications in creative industries and tourism industry.  The study has shown that Smart Print 3D kiosk had provided the first experience with 3D printing for the majority of the participants (87%). The group of non-tertiary students, whose schools usually own 3D printers, are still in demand for training and workshops (67%).  This finding offers important implication to the community, in particular to re-calibrate existing programs to integrate such technology (3D printing) for non-tertiary students’ curriculum or extra-curriculum, or perhaps start by offering workshops and trainings in order to expose students to 3D printings and related technology.  Regarding creative industries, 3D printing has been identified as a potential source of income for local artists with 72% of the participants expressed the willingness of purchasing the 3D printed-objects produced by the artists. This finding sheds light on potential partnership development between local universities and companies to create a framework and technical infrastructure for artists and creative minds to be supported and encouraged in their use of new technologies specifically 3D printing.

August 3, 2021
France said on Monday a forthcoming conference on Lebanon needs to gather $357 million in...

March 21, 2021
As the gaming destination of the Asia Pacific Region, Macao has strategically strengthened its leading...
Load more