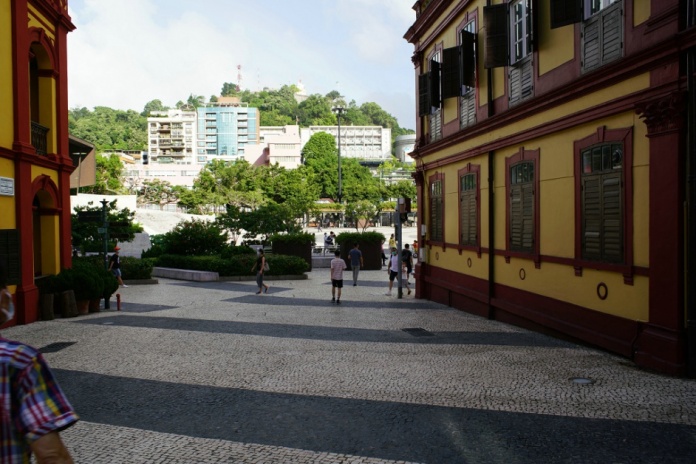 In survey studies, when residents are asked about the benefits and costs of gaming liberalization, one of the complaints has been the erosion of local identity.

It’s probably one of the least predictable or visible effects, but some will argue that “tourism plays a significant role in the political, cultural and socioeconomic dimensions of people’s lives in Macau, putting the notion of identity to the fore.”

Ivy Lai-Chu Lou is a local researcher who has been studying the transformations in local identity since the handover. She is the lead author of a paper called Reawakening Macanese identity: the impact of Chinese outbound tourism (2018).

In the case of Macau, she has no doubt: “Tourism is profoundly affecting spatial, social, political and economic order through reconfiguring leisure spaces, political discourse and geopolitical imaginaries.”

Lou, who completed her doctorate in the Creative Industries at the University of Saint Joseph in 2015, believes that “in contrast to the colonial experience in Hong Kong, Macau locals tend to be ambivalent about their identity.”

She explains that before the handover, “they did not fully accept the Portuguese culture, nor had cultural icons been used for a commercial purpose.” But, at same time “preserving the colonial heritage in Macau has increasingly become important, as it morphs into a tourism city where culture is a key component for planning.”

The Macau-based scholar, in collaboration with Philip Feifan Xie, Bowling Green State University (USA), says that “fuelled by its booming casino business, [Macau’s] urban landscape has been transformed, and various relevant terms such as cultural syncretism and the Portuguese chromosome have been debated as a possible new identity under the heavy influence of Mainland Chinese tourists.”

Now, she argues, while “developing a strong sense of attachment to their territorial space, Macau people are experiencing a kind of awakening process to form a distinct post-colonial and postmodernist identity.”

This is visible in the fact that “locals show an appreciation for the cultural legacy left by Portuguese while insisting on preserving heritage and culture in this small city.”

According to Lou, “tourism is a direct cause of the emergence of the new identity, mainly constructed in contradistinction to Mainland Chinese tourists.”

This means that since the handover to the People’s Republic of China in 1999, “Macau’s collective identity and status have changed steadily.”

The former identities of being Portuguese or Macanese “have been nearly eclipsed,” but also the predominant local Chinese culture, the Cantonese language and place attachment “are feeling the pressure of the influx of tourists as well as tourism development.”

Lou and Xie believe that “locals are experiencing the awakening process of their new identity and preservation of heritage and history,” and that this new identity “is largely attributed to the impact of Chinese outbound tourism.”

Qingxiang Feng and Lijun Chen discuss some points in common with Ivy Lai-Chu Lou, namely their argument that “under ‘one country, two systems’, the path of Hong Kong and Macau residents’ national identity is neither copying the Mainland national identity model nor applying the western national identity scheme, so it is necessary to construct a new path of identity.”

Still, because the starting point of the two investigations is different, the two Chinese scholars believe that “in response to this realistic demand, we should follow the organic combination of patriotic and family‐loving traditions and community interests, the coordination between national order and individual freedom, the coordination between constitutional responsibilities and historical missions, and ‘one country’ identity that transcends the ideological confrontation of ‘two systems’.”

“In the case of Macau, the presence of an attractive cultural or historical environment is a major asset upon which to develop a distinct place identity,” according to Australia-based scholars Verity Anne Greenwood and Larry Dwyer. However, they add, “there are discrepancies between how visitors view the city and the image that it would like to project internationally and locally.” They point out that many creative cities in the world “emphasize both heritage and modern entertainment (e.g. London, Paris), so Macau is not faced with an ‘either or’ choice between gaming, holiday and cultural heritage.”

Greenwood and Dwyer highlight that “these sub-markets can coexist and be developed together in a strategic marketing effort, undertaken within a theme of Macau’s evolution to a World Centre of Tourism and Leisure.

“The importance of developing a vibrant brand image to give Macau a distinctive identity cannot be overemphasized. A successful city-branding campaign for Macau, among other things, will provide a framework for locals and non-residents to imagine and experience the place,” they add.

It’s for this reason that Greenwood and Dwyer suggest the development of a “Macau Brand”: “Its generation of a stronger and more convivial place identity is an essential process in the development of Macau away from its growth machine status and is consistent with the creative cities agenda adopted in urban areas worldwide. Recognizing and promoting a city’s identity encourage diversity of cultural expression through design that recognizes distinctive use of space, form and materials, fosters local pride, civic engagement and confidence, and stimulates tourism, investment, innovation, creativity, economic opportunities and community pride.”

Previous | A harsh portrayal, seen from the Mainland

Missed checks due to COVID-19 could lead to wave of heart disease in Australia:...