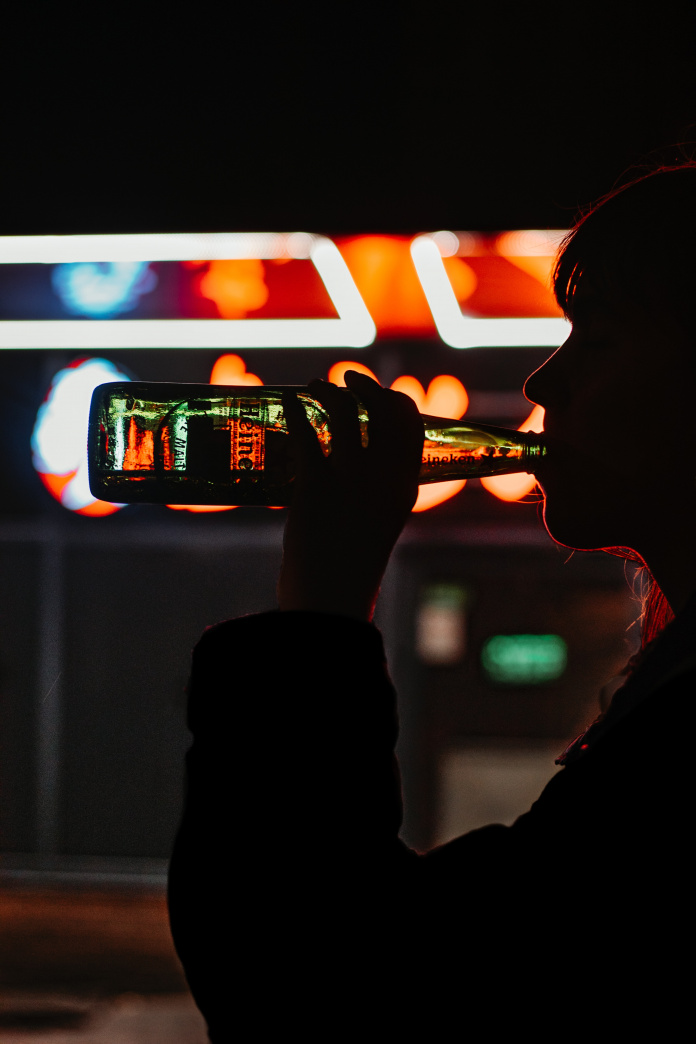 But depression and student suicide also warrant attention from authorities

A study carried out a few months ago by the Department of Sociology at the University of Macau revealed “the changing patterns and correlates” of adolescent substance use in Macau.

The team led by Professor Spencer De Li began with some assumptions (“Macau is known for its gambling industry, its proximity to the Golden Triangle and its lenient drug laws, all of which can be conducive to high-level drug use in the population, including its adolescents”) that were not fully confirmed.

“Macau adolescents shared similar risk factors for substance use with adolescents elsewhere, but unique circumstances might exist to influence their alcohol consumption,” the team of local sociologists concluded.

The paper goes on to explain: “Our study identified upper-secondary students, especially the 12th-graders, as the adolescent group with the highest risk for substance use. Additionally, our results indicate that living without a parent, living with both parents unemployed, a greater amount of pocket money, approval of substance use, low perception of risk from substance use, peer substance use, school problems and availability of drugs all predicted one or more forms of substance use among adolescents in Macau.”

While the government is concerned about the increase in alcohol consumption among Macau’s secondary school students, society, too, has acknowledged the problem: at a public consultation on the proposal to ban the sale of alcoholic beverages to persons under 18 years of age, an overwhelming majority (92.9 per cent) agreed with the rule.

Another issue directly or indirectly linked to alcohol consumption is the increase in depression among university students.

“Students with depression had significantly lower quality of life scores in the physical, psychological, social and environmental domains,” the document reads.

More recently, the results of another survey, carried out by Kong Kong’s Sheng Kung Hui Welfare Council, on the resilience of young people in Macau, indicated that more than half of the adolescents surveyed (a total of 630 secondary and upper secondary school students) need to be attended for depression, anxiety and pressure problems.

At the last meeting of the UN’s Committee on Economic, Social and Cultural Rights, explanations were requested of the Macau Government regarding measures for combating depression and student suicide.

“Indicate the efforts made to respond to the allegedly high level of depression and mental stress, particularly in the context of the COVID-19 pandemic, and to combat the alleged increase in the incidence of suicide among students,” the document reads.

Following several cases of suicide, the Government created a working group in 2021 to monitor the mental and physical health of young people. Several deputies have expressed concern over the situation, appealing to the Government to investigate the causes.

A related issue is cyberbullying, “a complex multi-layered process that involves both the individuals and their families, but also the educational community, institutional agents and the technology sector,” according to Professor Helen Liu, Department of Social Work, University of Saint Joseph.

“As in traditional bullying, common outcomes of cyberbullying victimization include depression, anxiety, drug abuse, insomnia, low academic performance and increased suicide rates, in both the bullies and their victims,” the researcher from USJ’s Faculty of Social Sciences and Education told Macau Business.

In 2018, she surveyed 2,185 young people from Hong Kong, Macau and Guangzhou, and found that 71 per cent of participants had been victims and 63.7 per cent had been perpetrators. “This shows that cyberbullying has an impact in the Greater Bay Area,” Professor Liu concludes.

A 2020 survey carried out by the Women’s General Association of Macau found that around 53 per cent of young parents (between 31 and 37 years old) admit to “ignoring” or taking an “indifferent” attitude towards their children’s education.

According to the study, it has become increasingly common to transfer the responsibility for children’s education to tutoring centres, maids or even mobile phones.

These findings led a group of researchers from City University of Hong Kong to evaluate the Family Dynamic and Antisocial Adolescents in Macau (2020).

The team led by Andrew Low concluded that “in view of the long and unstable working hours of parents working in a gambling city, social workers in Macau could develop more innovative programs to support parents in Macau.”

In 2020–21 Professor Helen Liu, Department of Social Work, USJ, and her research team conducted a family research project titled The Needs of Different Stages of Marriage and Family Life Course in Macau and Family Dynamics in Macau. The goal of the extensive family study was to gain knowledge about the understanding of the development of each stage of the family life cycle and the family dynamic in Macau.

The Assistant Professor and her research team also found that “parental stress is an important factor affecting family conflict, family closeness and warmth. They also revealed that indulgent, authoritative and neglectful parenting styles acted as pathways in the relationships between parental stress and family relations.”