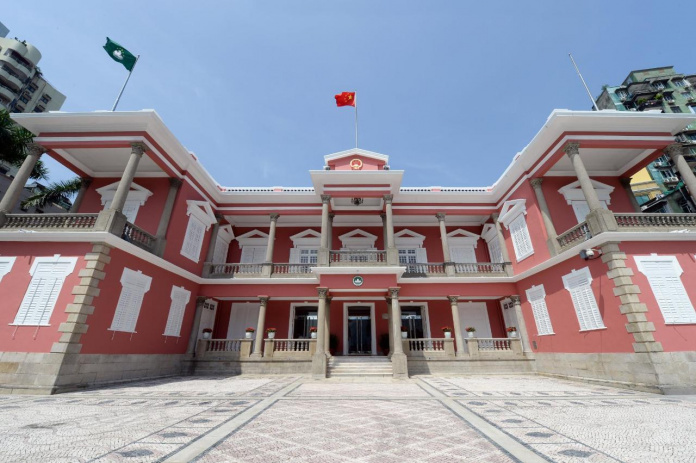 The Chief Executive may terminate a concession for the operation of games of chance in casinos due to a threat to national security or the security of the Macau SAR, according to the new gaming law. But some observers ask what constitutes such a “threat” and who will determine that.

“The CE and Beijing have already assumed more power than before, as the major junket head arrests have shown,” Alidad Tash, Managing Director 2NT8 Limited explains.

Going further on this question, he stresses that “new concession regulations give far more powers to the CE, including the ability to shut down operators by citing national security, plus the power to take gaming units away from underperforming casinos by setting annual minimums.”

These are just a few examples from a larger list – for the specific changes to satellite casinos, see the story in this special report.

Even though some of the law’s concepts will still undergo clarification via additional legislation and regulations – like the need for Government approval on dividend distribution to shareholders, or the new chip cap – a (new) trend can be seen that was not visible in the 2001 legal framework: more regulation, more supervisory capacity, more sanctioning power.

For instance, Article 22B(1) of the amended gaming law stipulates that concessionaires intending to operate gaming in other jurisdictions must first obtain the authorization of the Chief Executive in order to do so. And Article 22B(2) says concessionaires must notify the Gaming Inspection and Coordination Bureau (DICJ) if any of their shareholders holding 5 per cent of more of the share capital is involved in or cease operatons gaming operations in other jurisdictions.

The issue of national security cited above by Alidad Tash warrants further attention: Article 45 states that “the Chief Executive may (…) terminate a concession for the operation of games of chance in casinos (…) due to a threat to national security of the security of the Macau SAR.” But, as some experts have asked, who exactly decides what constitutes such a “threat”? The Government? DICJ? The Central Government?

On the other side, all junket contracts will have to be approved by the Secretary for Economy and Finance, while any further amendments to such contracts will need the approval of the DICJ.

The proposed gaming law amendment provides the Macau CE with vast discretionary powers to unilaterally revoke gaming concessions in several instances of breaches, not only of national security but of other administrative sanctions such as failure to communicate major financial decisions or to fulfil other contractual obligations.

When questioned by journalists in March regarding the increase in powers granted to the SAR’s Chief Executive in the new draft bill of the gaming law designed to regulate the industry, the head of the Legislative Assembly committee currently scrutinizing the law said: “In my opinion, this is a special law. The gaming sector is extremely important to Macau, considering the number of job positions. Taking into account changes in the worldwide situation and the concerns surrounding national security I think it is proper to give more powers to the CE,” legislator and committee chairman, Chan Chak Mo explained.

Ho Iat Seng himself, when he attended the Legislative Assembly to answer questions raised by legislators last April, said: “The [previous] gaming law has not been thoroughly enforced in the past. I hope that the current period would be an opportunity to rectify the industry’s standards and ensure the healthy development [of the industry]. Then we could earn support from the mainland. Otherwise, Macau will find itself on a narrower and narrower road.”

Professor Jorge Godinho, of the Department of Integrated Resort Management in the Faculty of Business Administration at the University of Macau, tells Macau Business, “The constant demand for gaming must be met in the context of an intelligent, dynamic, balanced and effective regulatory framework, which should focus the regulation on what really matters from a public policy standpoint and leave the rest to the private sector and the market.”

Godinho, also a Visiting Professor of Gaming Law at the University of Macau, adds, “Changes in supervision and regulatory scrutiny are a regular feature of the gaming industry. It is probably already the most regulated industry there is, but sound reasons for expansion or reorientation in some aspects can usually be pointed out.

“In times of reform, expansions of regulation always happen, followed by enforcement on the ground. Adequate regulation actually protects the industry,” Professor Godinho believes, highlighting that in the case of Macau “now is the moment”, since “throughout the very long history of casino games of chance in Macau the end of the concessions has been the moment traditionally used to readjust, refocus and correct whatever needs to be fine-tuned.”

Godinho, who authored the book The casinos of Macau: History of the world’s largest market for games of chance (2019), knows that “in general, the concession model created in 1849 has been tweaked and reoriented many times according to the forces at play, such as in 1937, 1961/62, 1975/76 and in 2001/02. In this context, 2022 will be no different and will open a new era in which many aspects will remain the same and some will change.”

On the other side of the world, one of the world’s leading experts on gaming law, Professor I. Nelson Rose, is not convinced: “Macau is the only casino market in the world where the regulation of patrons is more important than restrictions on the casinos themselves.”

Is Beijing’s endgame to wind up gambling in Macau?

If a year ago there were very few people who’d have said so, now there are more contemplating such a possibility in the long term, having seen the terms set forth in the amendments to the law still under discussion.

Other voices wouldn’t go that far.

In his blog, Nelson Rose recently wrote: “Having gotten control over Hong Kong, Beijing turned to Macau. The Chinese government has always wanted a bigger share of Macau casinos’ profits to stay in China. So, all American casino companies will have to sell more than 10 per cent to local Macanese partners. And the government will decide when companies can declare dividends.”

What this means – according to Mr Rose, a Professor Emeritus at Whittier College and a Visiting Professor at the University of Macau – is that “top officials are concerned with the enormous amounts of cash fleeing the Mainland, often through smuggling. The new law puts more restrictions on junket operators, especially when cash is involved.”