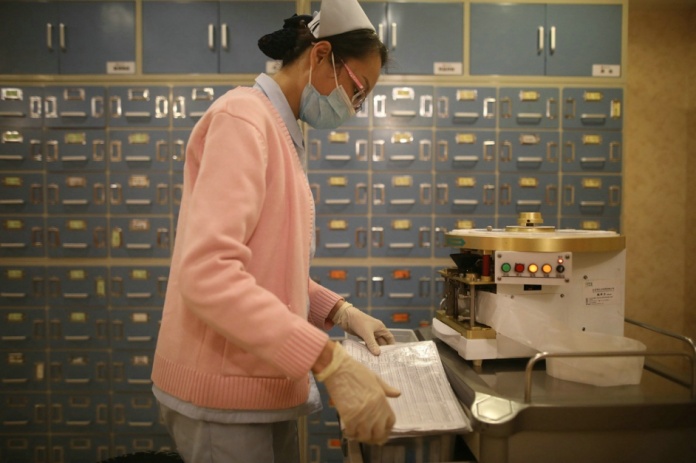 The first Jesuits in Macau took an interest in Chinese medicine, but Portuguese authorities would only come around in 1999

History provided Macau’s ethnic Chinese population with ample cause to complain of disinterest on the part the Portuguese colonial administration. Rarely was that more strongly felt than in the health sector.

Though Chinese inhabitants have always (far) outnumbered the Portuguese, and in light of the strong interest they had and continue to have in traditional Chinese medicine (TCM), it’s remarkable that the first TCM services to be provided in a government health centre (in this case the Fai Chi Kei Health Centre) had to wait until 1999.

In other words, it was just a few months before the handover that the Portuguese authorities finally opened their minds to TCM.

Interestingly, Macau’s modern political and social disinterest in TCM did not have roots in any historical antecedent.

At the end of the 16th century, “missionaries opened St Paul’s College, which was the earliest institution in Macau to cultivate an interest in TCM and provide TCM pharmaceutical services,” Manlin Peng says.

The researcher from Guangdong University of Science and Technology’s School of Management goes further: “The college pharmacy imported herbal medicines from Guangdong province. The priest also wrote books related to TCM and himself prepared simple medicines from herbs, which led Macau’s local Portuguese to begin to accept traditional Chinese medicine, having witnessed its obvious efficacy.”

After this absolutely pioneering experiment, disinterest set in.

“In the middle of the 19th century there were just three hospitals in Macau, but Chinese people refused or at least resisted treatment from any of these Portuguese hospitals, as they believed dying in one of these facilities would bring misfortune to those around them,” Professor Peng adds.

It was precisely in this context that “Chinese communities spontaneously set up several social charity organizations to offer free medical care and TCM services to the general public.”

In the middle of the 1980s, under the influence of TCM’s worldwide expansion, it once again began offering TCM services, but irregularly, she adds. Only in March of 1998 was TCM fully revived there and allowed to develop into the present diversified offer.

Two decades after Kiang Wu opened its doors Tung Sin Tong Clinic, the first dedicated TCM facility, was established in 1892, offering “free consultation and herbal medicine for the sick in Macau, regardless of their nationality, race or social status,” Ms Lam Nogueira points out. It began to be subsidised by the Macau government in 1989.

According to a team led of Macau-based researchers led by Kou Seng Man, “TCM and its preparations have a long history in Macau, with several stages lived: it persisted through the transmission of Western medicine to China, which later took its place, only for TCM to then be reborn and achieve the present phase of reciprocal stimuli and common prosperity.”

Their paper goes on to reveal that “During World War II, it was primarily the TCM institutions who offered relief services, including support in cases of death and medical and emergency treatments employing Chinese medicine. During rescue operations, they demonstrated the typical virtues of the Chinese people, promoting social stability, making historical contributions when receiving refugees and providing humanitarian assistance. It was at this stage that Chinese medicine began to be reborn.”

It was only in 1990 that the Portuguese administration of Macau, specifically the Health Bureau, began taking a look at TCM: its Decree-Law No.84/90/M established criteria for licensing and registration of health professionals, including doctors of TCM and Chinese herbalists. This ordinance stipulates that TCM doctors must obtain a certificate of higher education in TCM from a recognized institution in Macau, Portugal or Mainland China and that Chinese herbalists must obtain recognition of relevant knowledge from the Chinese Medical Association.

Kou Seng Man points out that presently, “as the MSAR Government considers the TCM sector to be an essential industry for economic diversification, it has launched a series of positive measures to support the development of education, scientific research and industrialization of traditional Chinese medicine.”

“What’s more, the outpatient clinics at health centres have a referral mechanism,” the Health Bureau tells Macau Business. “TCM and Western medicine outpatients can be referred to the other service, so that the goal of providing a holistic health care service is achieved.”

With approval from the Macau Government, the Faculty of Traditional Chinese Medicine at the Macau University of Science and Technology (MUST) was established in 2000, with its bachelor’s degree programme in TCM available immediately.

But 2002 can be considered a real turning point: that year, the University of Macau established its Institute of Chinese Medical Sciences (ICMS) and State Key Laboratory of Quality Research in Chinese Medicine (SKL-QRCM), devoted to promoting research in TCM and nurturing local talent in the interdisciplinary fields of biomedical and pharmaceutical sciences.

In 2011, the Ministry of Science and Technology of the PRC entrusted these two institutions with the creation of a national key laboratory to assess the quality of medicines, and that same year the Guangdong-Macao Cooperation Framework Agreement was signed, which calls for the construction of a Science and Industrial Park of Traditional Chinese Medicine in Hengqin (see the story about the Park in this special report).

Kou Seng Man concludes, “As we review the history of the development of medicine and Chinese medicines in Macau, we see that it has gone from a stage in which no attention was paid to it to another in which it is recognized and affirmed, having left the popular sphere for the governmental domain. It developed beyond the local plane and managed to internationalize, indicating that the development of TCM is demonstrating a strong trend towards advancement, drawing on the unique strength in its history.”

The WHO Collaborating Centre for Traditional Medicine in Macao was established in August 2015 with help from both the global health body and the Chinese Central Government.

The Health Bureau website tells us that the same year the Ministry of Science and Technology of the PRC entrusted the establishment of the State Key Laboratories of Quality Research in Chinese Medicine (SKL-QRCM) to the University of Macau and the Macau University of Science and Technology, the Macao SAR Government signed a cooperation plan with the World Health Organization (WHO), on July 28, 2011, for a period of four years. During this run-up to the establishment of the Collaborating Centre, “the Macao SAR Government actively engaged in the WHO’s work in the field of Traditional Medicine and collaborated with the WHO on organizing and hosting multiple international training workshops and seminars and forming a solid foundation for capacity building in traditional medicine in Macau.”

On conclusion of the first four-year cooperation plan in 2015, the Macao SAR Government decided to seek approval from the WHO to establish a collaboration centre for traditional medicine in Macao. The WHO Collaborating Centre for Traditional Medicine in Macao was officially established as a subsidiary of the Health Bureau, and both parties signed a further four-year cooperation plan to collaborate on various aspects of Traditional Medicine.

Going forward, the Collaborating Centre will serve as a platform for collaboration between the Macao SAR government and the WHO, who will work together to internationally promote the integration of traditional medicine into primary health care systems and to build the capacity of government officials responsible for TCM.

Previous | An industry in stable condition