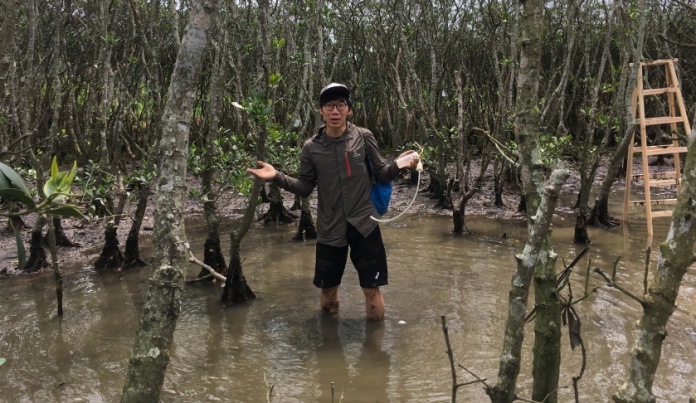 Self-styled the “Macaoantman” on Facebook, Danny is more than that. He is an insect expert and an ecologist concerned with Macau’s environmental future.

“As a Macanese, I am trying my best to study Macau and local insects and expand to Urban Ecology now,” Danny Chi-Man Leong posted on Facebook.

Danny’s page, listed under the curious moniker “Macaoantman”, describes him as a scientist. He’s been studying Macau’s insect fauna since 2015 and has discovered several new species, notably Leptanilla macauensis, a species of ant found only in Macau.

But Danny Leong’s interests go far beyond the ants and insects that occupy entomologists like him.

He’s concerned about the overall biodiversity of Macau. “This is my faith and commission for exploring Macau,” he says. Through public speeches and environmental education courses, he shares the message of biological conservation and sustainability with everyone.

His research topic extends to community ecology and thermal physiology, with a focus on the impact of urbanization.

Danny Leong attended grade school in Macau (primary at Escola De Santa Teresa and secondary at Kwong Tai Middle School) and at 18 flew to Taiwan, where he earned a degree from National Taiwan University’s Department of Entomology. He would go on to complete his master’s degree at the same school, specializing in ants and their biogeography and phylogeny.

He is now a PhD candidate at the University of Hong Kong’s School of Biological Science. Having chosen the field of ecology, his research focuses on comparing insect biodiversity in urban and forest ecosystems in a bid to understand the impacts of urbanization and global warming.

Alongside his studies, Danny is preparing a monograph on Macau’s insects and works as an adjunct instructor at the University of Macau’s Centre for Macau Studies and an instructor at the Macao Science Centre. “Using my knowledge to become a bridge between the local community and biodiversity – that is my dream. I am now spreading information about insect biodiversity and how to treat our city to make it environmentally friendly to everyone in Macau.” He was coordinator of the Macau SAR’s City Nature Challenge 2020. 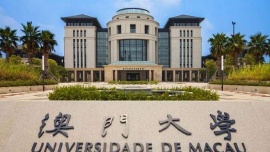