The mind behind the 2001 tender warns against the idea of asking future concessionaires to commit to works and investments beyond their core business: gambling and tourism.

As there is no land available to build more IRs or theme parks, there is some consensus on the advantages of “binding” future concessionaires’ investment to land outside Macau, within the scope of the Greater Bay Area, and reinforcing the idea of diversifying the local economy. As the Chief Executive said, Hengqin is a “second Macau.”

But if the Government heeds Jorge Costa Oliveira’s advice, it will not do so, or at least it will be very careful in what is asks of future concessionaires.

The mastermind of the 2001 tender remembers, “19 years ago, I had the opportunity to clean up all in-kind concessionaire’s obligations (with the exception of the dredging obligations for STDM that became a joint obligation of SJM), because they are a source of corruption and a distortion of the system.”

Jorge Costa Oliveira does not regret such an approach: “I strongly advise against it. Not only because it was used in a manner that allowed the past monopolistic operator to grow way beyond its natural fields as a casino gaming operator, but also because it is an easy expedient for the Government to sway to those of the casino operators’ obligations that constitute part of government, due in the social contract with Macau’s residents.”

But there is a third, perhaps more important, reason that the former Commissioner for Legal Affairs of the Macau Gaming Commission emphasises to Macau Business: “I caution against it especially because it opens the doors to allowing casino gaming operators to become new corporate octopuses with interests in all kinds of economic activities in the Macau SAR, as happened with STDM in the past.” According to Mr Oliveira, “Such an option would be contrary to China’s concerns about the presence of casino gaming companies in relevant areas of Macau’s economy other than tourism.”

António Ramirez, current Managing Director of gaming and hospitality investment company CAP Limited, has a different point of view: “The concessionaires will need to invest more in the city and the region, and beyond IR. Education and Culture investments must be material. At the same time, they will need to help with economic diversification and job diversification.”

Ramirez, a local lawyer and consultant who served as Senior Vice-President for Human Resources at Sands China, understands that “concessionaires may need to consume more technical services and products produced by local companies, developing the products here. Allow these companies to create and, in a later phase, grow out of Macau; simultaneously, they will offer real job opportunities to locals who do not want to work in the hospitality or gaming industry.”

“Investments in China are part of the big national project that Macau is party to,” Mr Ramirez tells Macau Business. “The new concession agreements must have a clear road map in terms of investment, investments that will support the vision that the central government has for Macau, that Macau Government aspires to achieve and that the Macau population wants for the next 20 years. The investments must be monitored, and heavy penalties must be imposed if they do not comply with the investment plan.”

Pedro Cortés, another local gaming lawyer, offers some examples of what bidders can offer: a unique tourism product that really makes Macau a world class tourism destination. “They can offer innovative products. They can try to promote Macau not only in the mainland but also in other countries. Approximately half of the world population is within five hours from Macau. Why shouldn’t Macau be the place to visit for tourists from Indonesia, India and other countries? Making this happen is difficult, and there first needs to be a change of mindset. For instance, it makes no sense to continue to have an exclusive airline concessionaire. Open up the skies, let the gaming operators promote Macau and you will surely see results in the short and medium term.”

“It’s time Macau became a global destination beyond gaming, and the concessionaires will need to build iconic projects, invest in cultural events, bring other industries like movies, TV, IT, and more,” António Ramirez concludes.

Previous | Ok with CSR, but how?

EDITORIAL – Every cloud has a silver lining 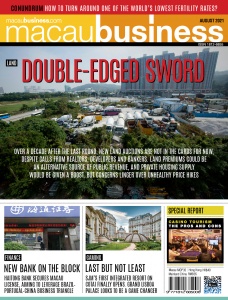 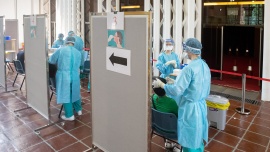 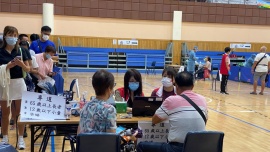 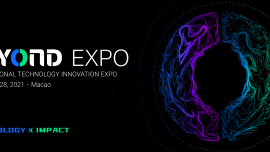 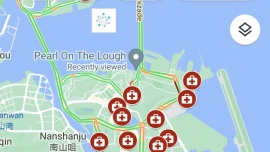