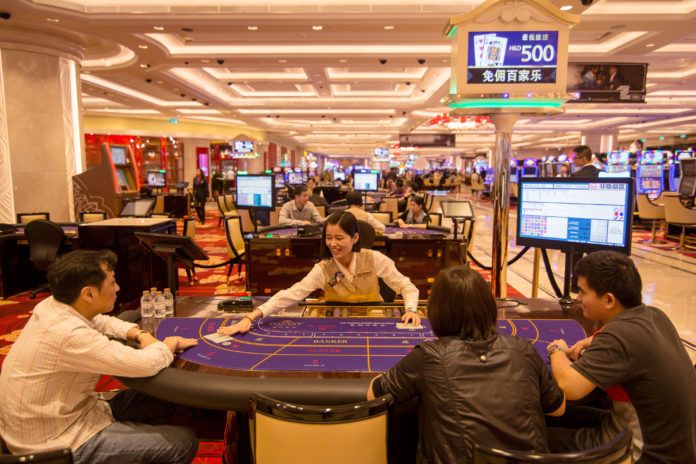 Macau residents may not be very interested in casinos, but that does not prevent pathological gambling from being a pressing issue

One way to measure the prevalence of gambling in populations or ethnicities is through studies of gambling disorders (GD), comparing for example non-Chinese populations with others of Chinese origin. And it is through these studies that some sustain a greater ethnic interest of the Chinese and gambling.

In the case of Macau, a study carried out under the University of Macau’s Department of Psychology led by Professor Anise Wu, showed that, “the mental health risks associated with such high levels [of gambling participation] have been overlooked.”

“The highest psychiatric comorbid prevalence was observed in the GD subgroup”, states the research, pointing to 21.1 per cent probable internet GD (IGD), 26.3 per cent probable depression, and 37 per cent probable anxiety. “All these mental health problems could increase one’s proclivity to GD, and vice versa. Psychological resilience was found to buffer the association between anxiety symptoms and probable GD” The Comorbidity of Gambling Disorder among Macao Adult Residents and the Moderating Role of Resilience and Life Purpose (2016) reads.

These results – the team led by Professor Wu insists – “indicate the usefulness of mental health screening for GD, taking into consideration its associated risks, and of fostering psychological resilience in prevention and treatment programs.”

The results of the study that we have been citing are, in fact, in line with other studies carried out among the population of Macau, starting with the conclusions of the periodic reports of the Institute for the Study of Commercial Gaming (Report on a Study of Macao People’s Participation in Gambling Activities): between 2006 and 2016, an estimated 49.5 per cent to 55.9 per cent of its residents (≥ 15 years old) have participated in at least one gambling activity, “of which 0.7 per cent to 1.3 per cent were identified as probable DSM-IV pathological gamblers in earlier years, and 2.5 per cent were identified as probable DSM-5 disordered gamblers in 2016.”

(In 2000, the American Psychiatric Association began the fifth revision of the Diagnostic and Statistical Manual of Mental Disorders; there are several differences between the two reviews.)

“These estimated percentages are considerably higher than those in other regions that have legalized casino gambling, such as a low 0.1 per cent probable disordered gambling in Singapore,” states the team led by Professor Wu.

As PG is associated with demographic risks, such as male, younger, and with lower education levels, previous research has identified depression and anxiety as the two most frequently reported forms of mental distress associated with being a gambler rather than a non-gambler. An average comorbidity of 37.9 per cent for mood disorders (including major depression and bipolar disorder/manic episodes), and 37.4 per cent for anxiety were found to have gambling problems, including both problem gambling and pathological gambling, said the same authors, quoting several field research previously published. “Depression and anxiety in disordered gamblers were found to increase the likelihood of health problems such as sleep disturbances, which are associated with risk behaviours, including substance use and lethal suicide attempts.”

As the first DSM-5 criteria comorbidity study of probable GD with probable depression/anxiety/IGD in a representative Chinese adult sample, “this study underscores the increased susceptibility to developing other mental disorders among probable GD gamblers and thus provides practical insights for mental health screening and prevention for practitioners and policy makers.”

The work does not end without the authors leaving some recommendations, namely, “the designers of GD intervention programs should be aware of any co-occurred psychological distress and problem gaming patterns and adopt a more integrated approach that addresses not only GD but also its co-morbidity, simultaneously.”

The director of the Sheng Kung Hui Gambling Counselling and Family Wellness Centre, Jackie Wu Wai Han, recently revealed that she has registered a tendency to abandon gambling addiction among residents affected by this problem.

Interviewed by Portuguese language newspaper JTM, Ms Han explained that since it became necessary to present a negative nucleic acid test to enter the casinos, residents with gambling problems have been less willing to bet on the casinos.

“The measure makes it difficult to enter the casino and thus affects self-will. Plus: it gives people time to think about whether it is really necessary to go to play. In this context, restrictions on entry to casinos appear to be a measure of self-exclusion,” she said. “In addition, the economic recession has left people with less income, which also discourages residents from participating in the game,” added Jackie Wu.

“In the People’s Republic of China (PRC), gambling is well spread, though viewing the excess of gambling as a medical problem is considered taboo,” said Elisabeth Papineau from the Quebec National Institute of Public Health.

However, adds the Canadian based scholar, “few sociologists, philosophers or psychologists have examined this phenomenon, and academic interest in the subject is virtually non-existent. The PRC does not recognize excessive gambling as a mental health problem.” i.e. Beijing excluded pathological gambling from the Chinese Classification of Mental Health Disorders.

Papineau insists, “The PRC views excessive gambling from an ideological perspective: as the product of a sick, dysfunctional, individualistic society. According to this logic, excessive gambling cannot arise in a ‘socialist society’. In propaganda campaigns, it is generally tarred with the same brush as the ‘plagues’ of prostitution and drug use.”

So, “the only way to fight crime associated with gambling is to condemn and punish it: in fact, the question of treatment has not yet been raised. In Chinese society, “people who gamble immoderately and ruin their life are considered bad rather than mad.”

Don’t vaccinate kids, but give doses to Covax: WHO chief

May 14, 2021
Of all mainland routes operating at the Macau International Airport during the Labour Day Holiday...

May 14, 2021
An association to coordinate the fostering of Zhuhai and Macau professional talents has been created...