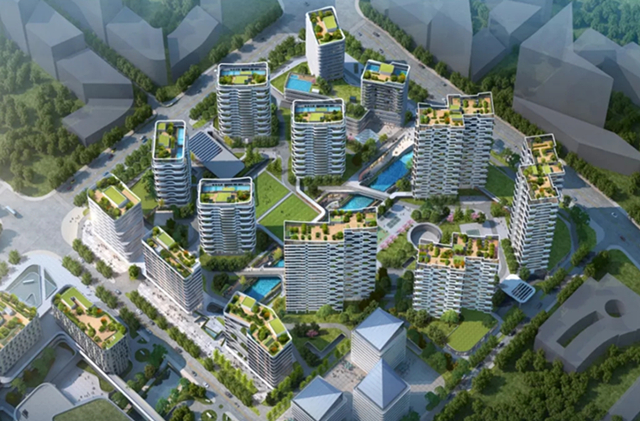 All at once, three new hospitals will commence operation, one in Macau and two – one public and one private – in Hengqin.

Once the Islands Medical Complex is operational it will offer a new hospital to the public in Hengqin – with a significant difference: construction began in 2020.

According to Zhuhai officials, the 500-bed comprehensive hospital will provide medical treatment, healthcare, scientific research and education. It will have emergency, outpatient, and inpatient departments, medical laboratories, scientific research rooms and an emergency centre “to meet the demands of basic medical treatment and major/sudden public health events in the Guangdong–Hong Kong–Macau Greater Bay Area.”

It is being developed by the local Administrative Committee at a cost of RMB2.7 billion ($396 million).

According to Zhuhai Da Heng Qin Property Development, the main part of the complex is to be a half-moon-shaped structure, surrounded by functional buildings, that will be home to operation and management functions by the end of 2023.

Nearby, another new health facility, the Hengqin Zhihe International Life Science Centre, is being built by Zhuhai Zhihe Health Industry Holdings at a cost of RMB4.5 billion ($660 million). It will encompass five specialized hospitals as well as a healthcare park comprising an international elder care community and centres for anti-aging, healthcare management, international academic exchange and sci-tech R&D.

In other words, barring any changes, three new hospitals will be operating by 2024 within a small area, with the offer in Hengqin clearly differentiated: the Central Hospital mainly positioned for general treatment of diseases and the Zhihe-branded resort dominated by chronic disease management, preventive treatment and health care, with the support of hotel facilities and an offer of services for healthy people.

This prospect has stirred fears in the Legislative Assembly: “In the foreseeable future in Hengqin there will be a lot of competition in terms of health care, maintenance services and services for the elderly. Given the investments in similar projects in the interior of China, how is it possible to achieve positive competition and complementary resources?” asked lawmaker and doctor Chan Iek Lap last year.

Another legislator, Si Ka Lon, author of several interventions in the health area, challenged the government to invest in cross-border health care: “The Government must strengthen cooperation, interconnection and mutual assistance in the health system and create scientific cooperation mechanisms, so that residents in need can easily access cross-border care, thus reducing the pressure of medical care in Macau and alleviating several problems, for example, the long waiting time for consultations.”

But in her reply in March of this year, the Secretary for Social Affairs and Culture Ms Ao Ieong U (whose office includes oversight of the Health Bureau) drew attention to the obstacles inhibiting deeper integration of health care in Zhuhai: “If our residents start to have widespread access to medical consultations within China, then we can imagine the costs the Macao SAR Government would have to bear would be quite high and beyond our control.”

Legislator Agnes Lam advocated for the victim of what is considered the most serious case of domestic violence in Macau in the last 20 years.

The woman, whose eyes and body were severely burned in the attack, was transferred in 2018 to Hong Kong’s Prince of Wales Hospital, where family members were informed that recovery of her vision might be possible with a surgery that could only be performed overseas.

With the support of some local deputies, the family sent several letters asking whether the Health Bureau (SS, the acronym in Portuguese) would pay for surgery offered in the UK. Three months passed without an answer, though it’s common knowledge that the Medical Board for Services Abroad meets weekly.

The SS finally responded, stating that the effect of the desired treatment was “not satisfactory” and advising against it, but first informing the public and only later the victim.

A collection of private funds allowed the victim to proceed with the operation. 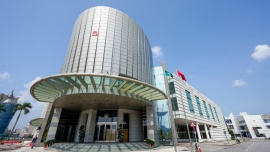 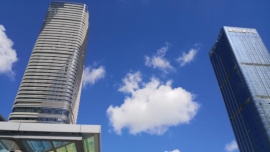