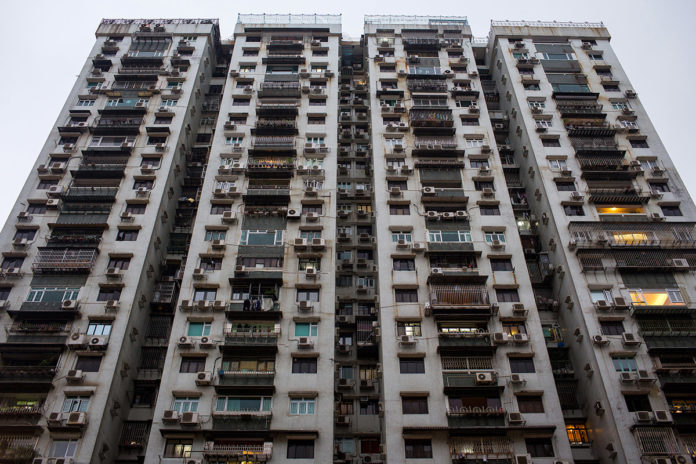 “There was a remarkable decline in the house price index [HPI] after the Handover: from 100 in 1999 [i.e. the start date] to -385.87 in 2019,” according to the comprehensive Study on the Construction of an Indicator System to Evaluate the Population’s Living Standards and a post-Handover Living Standards Index for the MSAR Population (title adapted from the original text, consulted in Portuguese).

According to the study’s author, Lin Deqin (City University of Macau), “this means there is still a lot of room for improvement” in the area of housing.

The City University researcher attributed the spike in Macau’s housing prices through 2013/14 to the “prosperity of the gambling sector”. This meant that the “house price index for those years decreased significantly compared to 1999.”

Ting Lan of the Institute of Accounting and Finance at the Beijing Institute of Technology, Zhuhai, also focuses on the impact of the gaming industry’s development: “Since the return of Macau and the opening of gambling rights, a large amount of foreign capital poured into Macau, which led to the continuous rise of housing prices in Macau, leading to the rise of prices and the increase of people’s living costs.”

More radical is the view shared by several researchers from the University of Macau’s Faculty of Business Administration in their paper Inequality hikes, saving surges and housing bubbles (2017).

According to authors Qingbin Zhao, Guoqiang Li, Xinhua Gu and Chun Kwok Lei, “Unlike Hong Kong, Macau remains hospitable, not hostile, toward its tourist customers, and its casino tourism has functioned well as the world’s largest gaming industry in revenue terms since 2006. However, this does not imply that there is no social discontent with tourism in Macau. What should be noted is that such discontent does not lie in community annoyances caused by massive visitations, but in housing unaffordability and income inequality heightened by growing tourism.

“A combination of rising inequality and housing bubbles in Macau (more serious than in Hong Kong) has become the breeding ground for social unrest against real estate developers and the local government,” the team conclude, believing those problems, “if not mitigated, may alter local inhabitants’ attitudes toward tourism and impact adversely on the local industry’s potential for further expansion.”

There is consensus among various scientists who have studied Macau’s housing market regarding the divestment that occurred in the first of the MSAR’s two full decades.

In it she contends there was “a marginalization of all types of social programmes, housing foremost among them with its increasingly peripheral location in the city. Given the scarcity of territorial area, this condition is clearly felt.”

The architect, now based in Lisbon, goes on: “While it is clearly difficult to set aside areas to earmark for housing and other social programs to alleviate problems such as real estate pressure, the vastness of the area available for the construction of the massive tourist complexes of casinos and hotels always seems to be guaranteed. These come to clearly dominate the image of the city, smothering everything that does not concern them.”