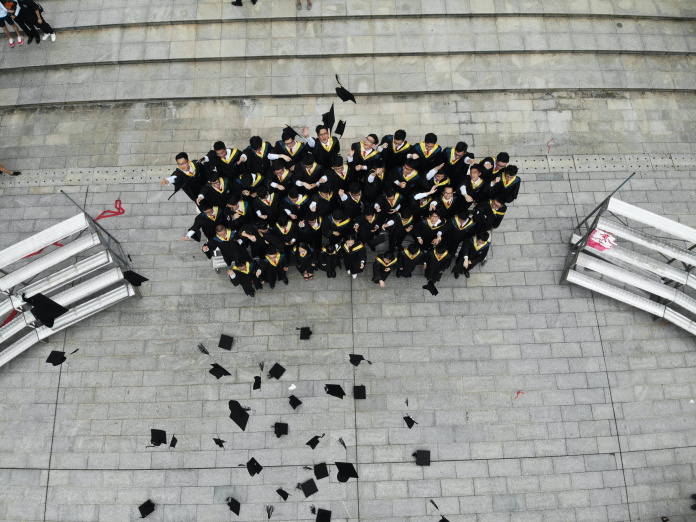 “Studies continue to show that more-highly educated people have much more positive developmental indicators, including quality of life, job satisfaction and also have better salaries.” This idea, cited by Professor Vítor Teixeira of the University of Saint Joseph, applies to all young students in general – in China, Macau or abroad.

Teixeira believes strongly that “being more educated becomes ‘the norm’, and people usually expect to match the attainment of their peers, those of the same generation.”

The Psychology Department Head adds that “being more educated comes with an expectation of having more information and awareness about different aspects of life, including more resources to deal with the pressures and challenges that might appear.”

However, Professor Teixeira concedes, “it’s true that in some particular cases, not finding a job in one’s area of interest or making use of one’s qualifications can be a source of pressure and frustration.”

Notably, China’s official statistics show that the percentage of graduates who find jobs on finishing their studies has been gradually decreasing over the past couple of years.

Frustration with one’s job (or lack of it) is one of the key components in a social movement that has recently, spontaneously emerged, known as tǎngpíng (躺平, i.e. “lying flat”).

[Wikipedia defines tangping as a rejection of societal pressures to overwork, such as in the 996 working hour system (9am–9pm, 6 days a week), which is often regarded as a rat race with ever-diminishing returns. Those who participate in tangping instead choose to “lie down flat and get over the beatings” via a low-desire, more indifferent attitude towards life.]

“Actually, they cannot really tangping,” the Assistant Professor in UM’s Department of Communication clarifies for Macau Business. “On the contrary they must participate in the high-level competition for jobs. They appear to be frustrated with jobs in the big Companies (that demand 996 schedules), but this is just one tangential element. The deeper issue is that the big companies now face difficult times, and while jobs with them may be well paid, they are not as stable as civil service positions in the government. Workers may face lay-offs shortly after entering the industry.”

Professor Li, also the Programme Coordinator of UM’s Master of Arts in Communication, concludes: “The younger generation have witnessed these situations and cases occur, on social media and even in mainstream media, in recent years. To my understanding, tangping is a kind of reactionary attitude towards a lack of options in the job market.”

[The National Language Resources Monitoring and Research Centre, an affiliate institution of the Ministry of Education of the PRC, listed the word tangping as one of the 10 most popular memes for 2021 on the Chinese Internet. The Chinese search engine Sogou also listed the word at the top of its list of most trending memes for 2021. In May 2021, the Chinese state news agency, Xinhua, published an editorial asserting that “lying flat” is shameful, and an article by Xi Jinping published in the Communist Party journal Qiushi called for “avoiding ‘involution’ (neijuan) and ‘lying flat’,” according to Wikipedia.]

What are the factors affecting career decision making among China’s younger generations?

To answer this and to investigate the impacts of contextual and background information on career decision making and other career-related variables, Yuan Liang interviewed college students at three universities and at three vocational schools in China for a master’s thesis (Kent State University, Ohio, 2016) titled Career Decision Making among Young Generations in China.

The study also indicates that “career indecision mediates the relationship between brand preference and perceived external prestige through the career decision-making process.”