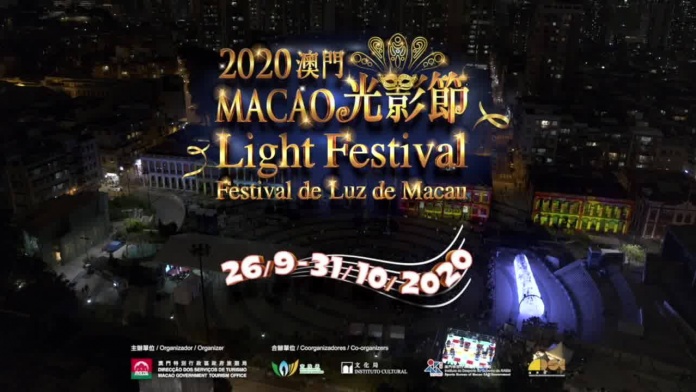 For some it may be a detail, for others a merely symbolic issue and for others much more than all of that – a matter of identity

Let’s look at the differences: “The University of Macau aspires to be an outstanding, internationally-recognised institution of higher learning” and “Macao Polytechnic Institute is a public higher education institution with an emphasis on applied knowledge and skills” – which means, it is the University of Macau, but the Polytechnic is from Macao.

These are two public education institutions, founded during and by the Portuguese administration but which choose to designate their own region differently.

Macau or Macao is a never-ending story, and that’s why Professor John Wheeler, Macao Polytechnic Institute, decided to call his last research paper: Macau or Macao? — A Case Study in the Fluidity of How Languages Interact in Macau SAR.

“First of all, nobody is sure how Macau (or Macao) should be spelt. ‘Macau’ is from the Portuguese tradition and ‘Macao’ is supposedly the Anglicised version,” states Professor Wheeler. “They are used almost interchangeably, and I am most likely using ‘Macau’ because I spent a long time in Portugal,” he explains.

“There is a very old (and fervently defended) myth that Macau is a Portuguese spelling and that Macao is an English spelling. Like most myths, belief in the myth is driven by ideology, not fact. The fact is that both spellings appear in both languages from the earliest written records that we have,” adds another Macau-based scholar, Andrew Moody, Faculty of Arts and Humanities, University of Macau.

Professor Moody, who develops this issue in his new book on linguistic ecology of Macau (which is currently within production), understands his usage is highly influenced by “what I see my students doing. They almost always use the Macau spelling, especially if they are local students. Foreign students from the People’s Republic of China, on the other hand, frequently use the Macao spelling.”

Mr. Moody confesses to Macau Business he almost exclusively spells the name of the city as Macau. “The only time I write it with the -o is to say Macao SAR (and this is, in fact, rare). I also will write Macau SAR, just as often.” Confused? Sao Leng Ieong, Faculty of Education, recalls a document from the University of Macau authorities, ruling ‘names of institutions, book titles, place names, etc., using Macau, should be maintained’. Otherwise, use Macao consistently in English contexts.”

But the question goes far beyond a simple choice.

‘Macao or Macau? A case of tourism brand image confusion among Taiwan travellers?’ is a research paper published in 2006 by a team led by Glenn McCartney, Faculty of Business Administration, University of Macau. “My issue on the paper was city branding and city brand confusion. A clear, attractive and measurable (and one distinguishable from the competition) city brand is key to tourism development,” he explained to Macau Business.

“After 1999, some government departments changed the international spelling to ‘o’. For international city branding (trade, investment, development), I advocate for the consistency on the international spelling – Macao,” he sustains. But according to Professor McCartney, “there is a need to conserve tangible and intangible heritage of which language is a key part (the spelling of Macau which reflects Macao’s Portuguese heritage) – and many countries and city look at language and the preservation and in some classes the revival of languages. So Macao and Macau each have a role.”

But it is not only the Portuguese who advocate the widespread use of Macau.

In 2014, members of the local Macau Conscience group and the New Macau Association held a public event to “promote local linguistic uses” against what they considered to be a process of “cultural homogenization.”

The campaign, initiated in a petition for the use of the name “Macau” as a geographical marker on Facebook, highlights the local historical heritage and legacy of Portuguese origin. According to the petitioners associated with Macau Conscience, the use of the word Macau, in its Portuguese origin, “shows respect for history and customs”. The group also recalls that it is still “Macau” that appears on the region’s coat of arms.

The question is “highly symbolic,” agrees Professor Moody. “But that does not mean that it isn’t important. The use of a single letter can potentially make a statement about identity, beliefs and ideologies at play within a society,” he concludes to Macau Business.

What language are the signboards in?

Two academics from Hong Kong (Zhai Chenhui) and Jinan University, Shenzhen (Zheng Ruilin) decided to register the public signs seen on the streets of Macau, to assess the linguistic landscape in the perspective of Corporate Identity System (corporate image).

“The data statistics indicate that Chinese is the only dominant code, and the official linguistic landscape code combination is mainly in China and Portugal,” they state.

“In Macao [original spelling] linguistic landscape, a large portion of the signs are Chinese-Portuguese but lack of English, which will cause a lot inconvenience for non-Chinese tourists and even limit their tourism activities, resulting in a poor impression of Macao. Therefore, imperfect construction of multilingual environment will lead to negative impression of tourists,” both authors found.

“There are some contradictions between the tradition and modern in Macao. The cultural landscape and leisurely rhythm of the southern European town, which Macao was originally proud of, began to fade. Moreover, the popularity of English is still not high enough. From the inconsistency of the linguistic landscape code orientation, it can be seen that the current tourism services in Macao still cannot keep up with the development of tourism,” Zhai and Zheng concluded. 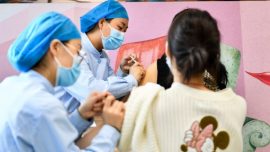 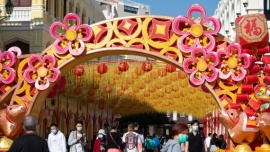