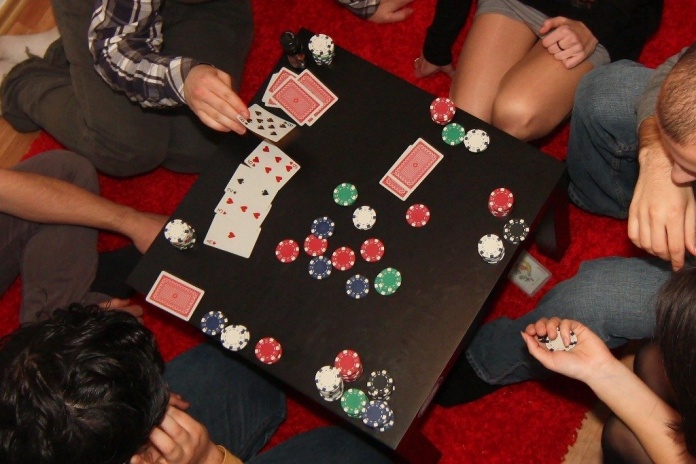 University students are a particularly vulnerable group, once they “have free time, money, increased freedom, accessibility and interest to play different gambling games,” according to a research carried out by academics from Yat On Responsible Gambling Counselling Centre, Macau.

Are the places where gambling is a banal activity, widely available and accessible, more prone to addiction problems? If we take into account what is happening in the University of Nevada, Las Vegas, yes: 97 per cent of male college students at the and 91 per cent of females gambled over the course of their lifetime.

One of the first studies carried out in Macau (2008, 80 males and 118 females, aged 18–24 years) tells us that 2.5 per cent of the survey participants were problem gamblers. “Problem gamblers often experience serious financial, social, emotional and health consequences. Impulsivity was found positively associated with problem gambling, whereas life satisfaction and knowledge about gambling were negatively correlated to problem gambling,” state the team led by Sut Mei Kam.

Since then, more studies have been carried out, until Gambling behavior among Macau college and university students has been published, from a convenience sample of 999 students (370 men, 629 women).

Using the Problem Gambling Severity Index, the authors from Yat On Responsible Gambling Counselling Centre, Hong Kong Polytechnic University and University of Hong Kong found 3.6 and 5.3 per cent of the students could be identified as moderate-risk and problem gamblers respectively. Men were significantly more vulnerable to gambling problems than women. Most of the problematic gamblers (76 per cent) made their first bet before 14 years.

It is not just gambling at the door that is a risk for young university students in Macau.

The authors aimed to compare “the prevalence of depression in university students between Macau, Hong Kong and mainland China and examined the association between depression and quality of life (QOL).” The overall prevalence of depression was 28.9 per cent; with a 35.2 per cent rate in Macau, 41.0 per cent in Hong Kong, and 16.8 per cent in mainland China. Another research, only with Macau university students, led by Professor Allan B. I. Bernardo, University of Macau, found that 5.74 per cent “have scores in the severe and extremely severe ranges for depression and stress, but 17.57 per cent have scores indicating either severe or extremely severe anxiety. There seem to be no marked differences between male and female students,” state Bernardo and Hei Ka Chan.

To understand how far is correct he anecdotal observations that depict Macau students as experiencing less enjoyment and more boredom in their classes compared to Mainland Chinese students, the same Professor Bernardo and psychotherapist Yishen Li “confirmed differences in enjoyment, pride, shame, hopelessness and boredom between Macau and Mainland Chinese students.”

This research of Professor Lisa Li is very relevant, once Facebook is the most popular social network site (SNS) globally, and WeChat is the top social network in China, but “so few regions in the world exist where both SNSs are used simultaneously and are popular among the younger generation.”