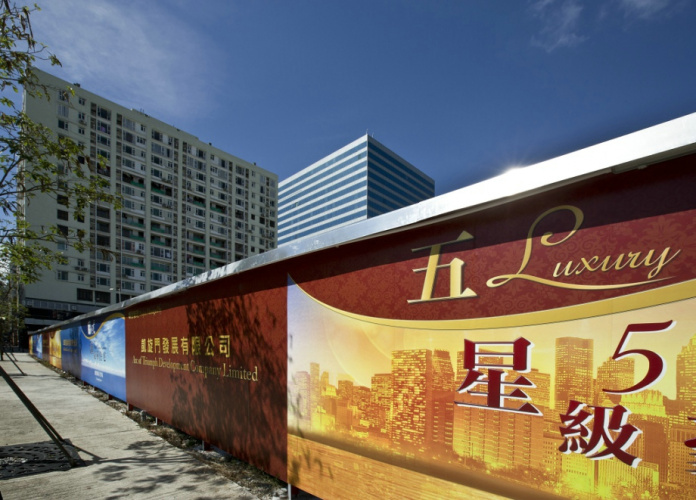 Yichen Feng and Yiyang Li, both from the Faculty of Innovation and Design, City University of Macau, divided the development of “Macau’s complicated public housing policies into 5 stages [see following pages], so as to better grasp the evolution of Macau’s public housing,” for the first time.

Feng and Li reveal that “public housing in Macau has always received great attention from local people and leaders, and the government has actively intervened to form a unique public housing system.”

However, on concluding their study they “found that previous research on Macau’s public housing policies had certain loopholes concerning the construction, application and lending of public housing in Macau, and therefore sometimes did not reflect the public housing’s actual value.”

Their article, published in the scholarly journal Current Urban Studies, adds the “the development of public housing in Macau is closely related to the economic situation and public health incidents. For example, in both the SARS and the financial crises there has been retrogression. Public housing policies are relatively weak compared to other rigid policies.”

Among other historical factors, “The extremely high population density, scarcity of available land and special historical institutional background have promoted the coexistence of ‘public housing and private buildings’ in Macau’s housing market. Public housing has played an important role in solving the housing problems of poor and low-income people.”

According to the Housing Bureau, as of the end of 2019 there were 234,059 residential units in Macau, of which a total of 51,232 were social housing and economic housing, accounting for 21.9 per cent of the total. This is divided between 14,269 social housing units (approximately 6.1 per cent) and 36,963 economic housing units (15.8 per cent). These figures show that at present there is a huge imbalance between private buildings and public housing.

The authors expand: “In 2000, it was made clear that the Macau government would find a balance between social housing, economic housing and the private real estate market through the change of land grant policies, and then it was not until 2007 that Chief Executive He Hohua [Edmund Ho] made the housing issue the focus of governance again.”

Pedro Afonso Fong presented a master’s thesis on “The construction of Macau” in Portugal. His paper states “there was a gap in the supply of new housing from the Housing Bureau between 1992 and 2006, and contrary to how that might seem, the fact that fewer public housing units were being made available did not correspond to an economic improvement among the population resulting in the increased ability to purchase or rent a house in the real estate market.” Rather, it “reflected the Government’s lack of capacity for a timely response that would provide social and economic housing suited to the demands and needs of the population.”

Fong explains that the economic housing contract at Edifício do Lago (in Taipa), which began in 2008 and ended in late 2012 “was the first public housing financed directly by the Macau SAR Government in line with its financial capacity.”

The figure above shows the average residential housing value on an upward trend from January 2005 to May 2015, in line with our discussion to this point of booming GDP and the increase in gross gaming revenue and visitor arrivals. But from May 2015 to March 2016 housing prices fell dramatically, when the central government of China changed its policy towards Macau. The GDP also decreased during that period. From 2017 to 2021 the average residential housing value displays a stable trend (source: Ting Lan, Institute of Accounting and Finance, Beijing Institute of Technology, Zhuhai)

The Portuguese administration of Macau left an Urbanization Plan in place for the Future Taipa-Coloane Inter-Island Land Fill, or Cotai, as it came to be known.

Development of the plan began in the late 90s, and it was published in March of 1999.

It provided for the creation of a gigantic, 610-hectare land fill.

The Plan issued by the then Government of Macau justified the creation of this new territory as follows: “The dynamics of the Territory’s development imposes a need to develop, in a planned way, new urban spaces that allow not only for the meeting of future urban needs, but also for the implementation of collective facilities that the qualification of the population’s social level requires and that the Territory’s current geographical configuration cannot accommodate.”

The land fill was subdivided with that in mind (and an intended land occupancy rate of just 30 per cent), earmarking around 56 per cent of the built-up area for housing, 21 per cent for commerce and services and 6.8 per cent for hotels and entertainment facilities.