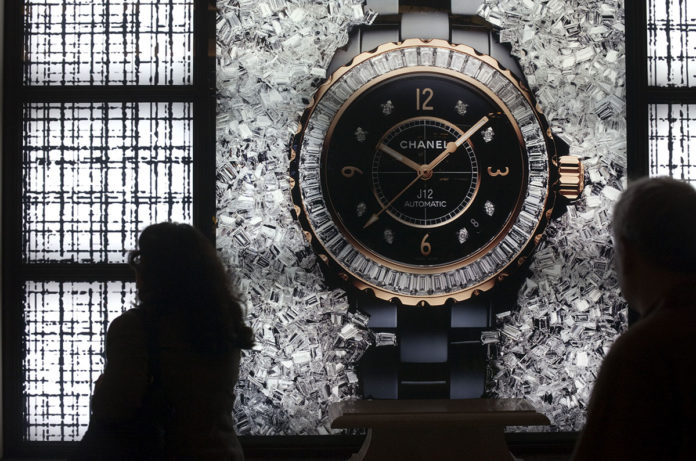 Income generated by development of tourism, essential for maintaining the livelihoods of local people, comes mostly from the large tax on revenue paid by gambling concessionaires.

“I am currently working in a foreign casino company. For the last ten years, my salary has been increasing year on year, and I do have more opportunities to advance into higher positions by changing jobs. Young people find it easier to get more money if they are willing to work as a dealer in the casino,” said one administrative manager, identified as Cathy, who was interviewed by scholars José But and John Ap of the Macao Institute for Tourism Studies (IFTM).

The truth is, whenever researchers listen to Macau residents talk about the benefits of gambling liberalization, the increase in income is first on their list.

The majority of the population is earning more and, as so little time has passed, the situation today can easily be compared with the status quo pre-2004, for example.

In addition to higher wages, the government has long adopted a cheque distribution policy, which increases disposable income by giving residents cash allowances.

“One positive social impact of gaming in Macau is the large tax income, which has

given the city a very solid financial foundation,” a group of researchers led by Penny Wan reports. Wan, now Visiting Assistant Professor, IFTM, and her team highlight the fact the city has enjoyed surplus revenue since the liberalization of casino licensing and that “the personal incomes of Macau residents overall have also increased.”

According to the research led by But and Ap (2017), “Most respondents agreed that income levels increased year by year (especially for those employed as gaming dealers). Young people (even with limited education) can secure good salaries in dealer positions. In fact, gaming jobs enable some residents to significantly increase their income and are relatively well paid in comparison with other non-tourism jobs.”

The pair of scholars analysed local income distribution “to better understand the overall phenomenon.” Based on the latest information available to them at the time, the income levels of each major industry in Macau had increased from 2003 to 2014, “though the benefits of casino tourism development do not seem to be shared equally, and there is a gap between upper- and lower-income employees.”

“The gap is relatively large, and that could be the reason why most tourism positions in hotels and restaurants see a large number of foreign workers filling vacancies. This means that local workers are paid a relatively low income without much bargaining power,” But and Ap report.

“The people of Macau have benefited considerably from casino revenues in the form of large tax contributions from the casinos, which have gone into the development of infrastructure, arts and culture, generous social subsidies, health services and education,” Fanny Vong and Glenn McCartney wrote in 2005.

The situation is no different 15 years later. In his new book Macau 20 Years after the Handover, Assistant Professor Meng U Ieong, Department of Government and Public Administration, University of Macau, writes: “One of the positive social impacts of gaming in Macau is the large tax income, which has helped the government overcome economic fluctuations. The overall personal incomes of Macau residents have also increased.”

Ieong adds, however, that “the overdependence on the gambling industry also poses a question about the sustainability of Macau’s economy.”

“Poverty is an important social problem that the government needs to pay more attention to, as Macau has no official poverty line. Therefore, it is hard to determine the number of citizens who are living below that level,” authors But and Ap conclude.

Using an international poverty line standard equal to half the median salary, it was found that in 2007, 16 per cent of people in the labour force lived below the poverty line.

Eight years later the Secretary of Caritas Macau, Pun Chi Meng, who set the poverty line at half the local median salary, inferred there were around 20 per cent of Macao residents living in poverty in 2015.

But and Ap’s paper, The impacts of casino tourism development on Macao residents’ livelihood, goes on to explain: “Local people are concerned that rapid casino tourism development has widened the gap between poor and rich and created job opportunities that do not pay well enough for a sustainable livelihood. The existing problem of uneven income distribution needs to be addressed.”

Tourism jobs have provided the poor with more job opportunities paying better salaries. The problem is the high cost of living and the fact that inflation has reduced both purchasing power and standard of living. “Uneven income distribution widens the gap between poor and rich. Government subsidies have failed to help those on low incomes, the poor or the elderly to improve their quality of life,” the pair of IFT researchers adds. They are concerned with the fact that the Macau Government “has focused disproportionately on economic growth.”

Liu Shih-Diing, from the University of Macau’s Department of Communication, shares their view: “The high economic growth rates obscure a series of structural dislocations that have fuelled resentment among the public.”

The expansion of gambling has brought about not only rampant corruption, Liu states, “but also a widening gap between rich and poor. Income distribution is drastically skewed, with the highest 20 per cent of households earning half of all income.”

Liu concludes: “Large sections of Macau’s population, meanwhile, have been excluded from even precarious employment. The inhabitants of the overcrowded and poverty-stricken northern district bordering the Macau–Zhuhai checkpoint, predominantly made up of immigrants who came from Guangdong and Fujian in the 1980s and 90s, are struggling to stay above the poverty line.”