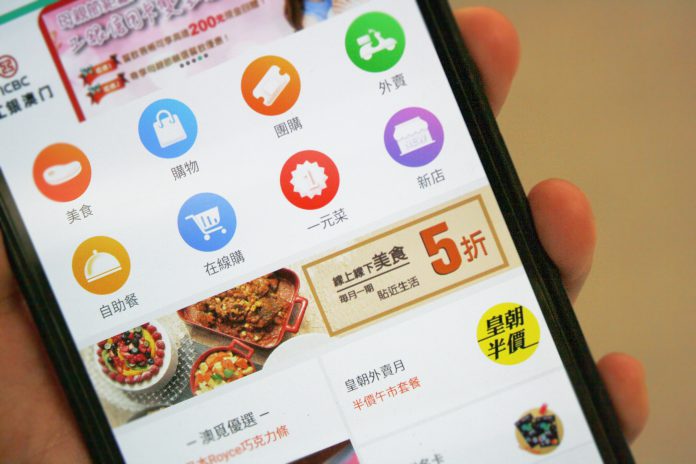 There are hundreds of start-ups in Macau. We have chosen a few that represent various sectors and different levels of development.

Aomi is Macau’s best-known start-up, so well-known in the MSAR that many don’t even realize the app they use every day to order food or earn loyalty discounts is only a few years old.

Before becoming the founder and CEO of Aomi, a young Jiang Haitao won a full scholarship to the Macau University of Science and Technology in 2003. After earning his MBA from the University of Macau, he chose to be an entrepreneur.

The Aomi mobile application, basically a localized version of Chinese company DianPing, was founded in 2016.

In the years that ensued, the company experienced difficulties that gave rise to online rumours accusing them of delaying payments to partner stores and restaurants.

The pandemic, however, has been good for Aomi, which has seen its sales grow since the border closed. “At the peak of the COVID-19 crisis, our platform saw a year-on-year increase of over 50 per cent in the number of orders, as people spent more time indoors at home,” the CEO confirmed. The platform handled an average of over MOP40 million in orders per month during 2019, and the accumulated number of users reached 1 million.

In 2021 Aomi secured an injection of MOP36 million in the North American stock market.

Kammy Cheong Ka Man, Felix Tong Weng Hou and Alex Leong Ka Chon (all of them under 30) founded Barra Studio in 2017. It’s a start-up that focuses on, among other topics, Augmented Reality (AR) and interactive design.

Cheong is a psychology graduate, and Tong and Leong have computer science degrees.

“We wanted to start up a project that would do something different to what we had seen before in our studies. The goal is simple: we hope to do something fascinating for people,” Cheong said.

Their first impactful work was an AR videogame to accompany MGM COTAI’s staging of a Fuerza Bruta show in 2019.

Since then they have earned several prizes in local and regional start-up contests, the first of them none other than the Macau government’s own Start-up Innovation and Entrepreneurship Competition.

Barra Studio has grown with the support of the Macau Young Entrepreneur Incubation Center as well as the Center for Innovation and Entrepreneurship (University of Macau).

Follow Me Macau – a one-stop booking platform for Macau travel experiences focused mainly on a B2B (business-to-business) model – was conceived and developed by Marco Duarte Rizzolio from Portugal, who decided to make Macau his second home from 2015.

Opting to take advantage of Macau’s booming tourism industry, Rizzolio co-founded Follow Me Macau in 2017 with a business partner.

The platform provides a Macau guide allowing travellers to book dining, shopping, leisure, cultural, sporting and other activities, with an increased focus in recent years on the MICE (Meetings, Incentives, Conferences and Exhibitions) market, promoting team-building activities, for example.

The pandemic froze Follow Me Macau’s activity, but the start-up continues to find support in the Macao Young Entrepreneurs Incubation Centre, where it has been since the very beginning.

Over the years, Mr Rizzolio has also been one of the most prominent voices with analysis of Macau’s business ecosystem, especially in the area of start-ups.

Trendy Health Technology is a company in the health care sector focused on development in the field of health, covering mainly Healthcare, Medicine and Primary care. “We are the first and only company in Macau to run the online clinics appointment system,” they say. “Beginning with the platform, we pool medical resources from the Greater Bay Area and provide a fair redistribution of those resources.”

After graduating from the University of Macau in 2016, Hazel Huang worked for a pharmaceutical company in Guangzhou before joining a special training programme in Shanghai for young talent from Macau.

She realized the online medical appointment systems in Shanghai were highly efficient, user-friendly and far more advanced than those in Macau, so she decided to return and set up a similar service with business partner Luo Yizheng (also a UM graduate). Trendy Health Technology was founded in 2019 and they soon launched their company’s flagship product, the “Jubilee Health Platform”, which helps patients choose the right clinic. It can reduce patients’ waiting time and give doctors a clear work schedule.

They also have a company in Zhuhai: Bay Valley Technology Research Limited.

Zidian Technology Co., Ltd was founded in 2019 in Macau by Timothy Cen, when he was an undergraduate student at the University of Macau majoring in psychology.

He and his team developed an indoor aseptic maintenance device for medical use, using the Air-ClearV® air disinfection technique, inspired by the problems that existed during the SARS (Severe Acute Respiratory Syndrome) outbreak in 2003. According to a report from HKTDC Research, “After repeated efforts to develop new technologies, he finally succeeded in blazing a new path in the development of air disinfection products.”

He also won an Outstanding Young Entrepreneurs of the Guangdong-Hong Kong-Macao Greater Bay Area Award in its first year.

Zidian Technology currently has a six-person R&D team in Macau and employs about 12 people in its production facilities in Foshan.

August 10, 2022
Virologist Celso Cunha, of Portugal's Institute of Tropical Medicine and Hygiene (IMHT), believes that the...

August 10, 2022
Health authorities have announced that a new mandatory nucleic acid testing (NAT) will be launched...