That all depends on the start-up’s target audience.

In effect as of this February, the Qualified Foreign Limited Partnership (QFLP) pilot scheme allows foreign investors to establish funds in the Macau-Hengqin zone and raise money from both domestic and foreign investors, according to the Macau and Hengqin Joint Management Committee.

The QFLP scheme wants to diversify Macau from a casino hub into a financial centre. Therefore, there will be no capital requirements or restrictions on foreign ownership, and the funds set up under the QFLP scheme will let foreign investors buy shares in start-ups and other unlisted companies and take part in private placements by listed companies and private equity and venture capital products, the statement added.

(Introduced for the first time in Shanghai in 2010, the QFLP has since expanded to other cities like Shenzhen and Qianhai. The Macau-Hengqin zone will be the 11th locale to introduce the programme.)

The QFLP scheme could be the push that’s been missing in the development of the local start-up ecosystem.

As Marco D. Rizzolio explains to Macau Business, “The start-up ecosystem in the Greater Bay Area (GBA) is much more developed than it is in Macau. Some of the stakeholders in Macau are still working as silos [note: in a kind of bubble], and connections need to be more dynamic and interconnected.”

The founder and director of Follow Me Macau (a local company providing an online e-commerce platform since 2015) went further: “Macau is in its early stages and needs an extra push from the government side but also from all stakeholders inside the ecosystem. The integration with the GBA will be beneficial for local start-ups. Macau needs more connections and more networks within the GBA ecosystem.”

“It takes 10 to 20 years to develop a start-up ecosystem, and Macau just started in 2017. Still a long way to go, but the foundations are there,” Mr Rizzolio points out.

He adds, however, “I have to say that Macau entrepreneurs (permanent residents) now have the conditions to operate from Macau before setting up definitely in China. The Macau Government has created an incubator for start-ups that makes it easier for entrepreneurs to start businesses in China. The incubator, under the Macau Economic Bureau’s umbrella and managed by ‘Parafuturo’ has developed many agreements with other incubators in the GBA, making it easy to create a company in China and find a space. Other privately owned incubators have also developed partnerships inside the GBA.”

Why to go to the GBA?

The first answer is: “that all depends on the Entrepreneur’s target market (geography, country, sector) and who the customer is they are trying to sell their products and services to. Entrepreneurs have this very clear in their minds, since they’ve had to build a business plan and spend hundreds of hours on research and studying the market.”

So, “if your business is focused on mainland Chinese customers, then it makes sense to cross the border and set up your start-up there.”

Marco D. Rizzolio knows that “Hengqin is still at a very early stage, even though they have spaces and offices (such as the recently created Innovalley, TCM Science Park and new technology transfer incubator).” But, he adds, “it needs momentum, and a couple more years will see Hengqin becoming an innovation hub propitious to the development of more businesses.”

As the entrepreneur tells Macau Business, “Other cities in the GBA were very dynamic and innovative even before the concept of the GBA was created (Hong Kong, Shenzhen, Dongguan, Guangzhou, etc.).”

Outside Macau “rents are much cheaper, and you have many incubators on the other side of the border.” More than space, “the Human Resource factor is very important,” Mr Rizzolio argues, pointing out Macau’s small local population, full employment rate and one of the highest GDPs per capita in the world. And it’s a city where the gaming sector attracts most of the talent. “In China, you have a lot of talent and at a cheaper price,” he concludes.

“Space is relatively cheap in Zhuhai; you’ll find various office sizes for RMB1000–10,000, large enough for a team to work in. However, hiring the talent is not as easy or cheap as you might think,” concurs Peter Chang, co-founder of Golding Technology Co, a company providing customers with top-quality image, space and data processing solutions since 2019.

Mr Chang, who is also the Director of Next Page (a media side project of the Macau Startup Club dedicated to publishing business insights), understands that “every big company, such as Ali and Tencent, as well as the small firms, crave talent, meaning the cost is not any cheaper than it is in Macau.”

On the other side, “administration costs are high for running a business in China, including tax and social security fund payments.”

Therefore, Peter Chang tells Macau Business, “a lot (99 per cent) of the start-ups we know – usually in the industries of digital marketing, software development, graphic design and Macau-region e-commerce – do not really benefit from the GBA policy.”

Under the leadership of Prof. Richard Weixing Hu, the GBAS has participated, and in some cases even organized, relevant initiatives.

That’s the case with the Conference on Collaboration between the Greater Bay Area and Shanghai and Macao, jointly organized with the Shanghai Institutes for International Studies, and the Conference on the Development of Bay Areas around the World with the Institute of Guangdong-Hong Kong-Macao Development Studies at Sun Yat-sen University and the Pan Sutong Shanghai-Hong Kong Economic Policy Research Institute at Lingnan University.

One more example: the Seminar on Development of the Guangdong-Macao Intensive Cooperation Zone in Hengqin, where participants discussed the Master Plan from different perspectives, sharing their interpretations of the document and proposing suggestions for the development of the cooperation zone. 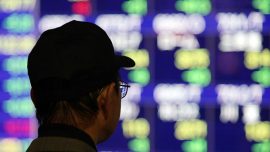 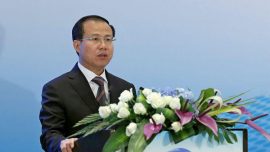