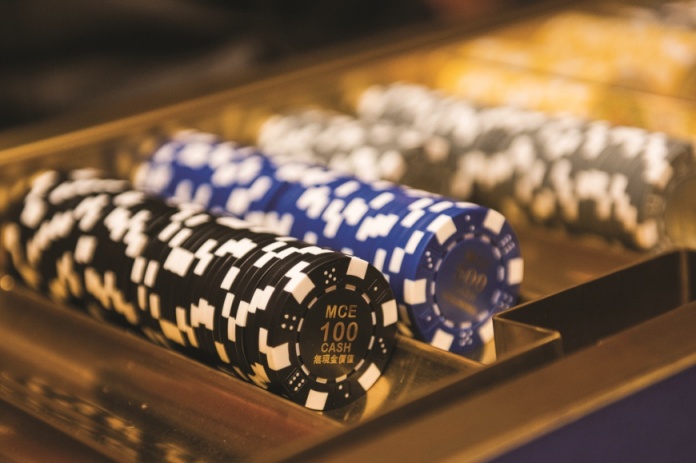 It’s not known when re-tendering will take place, but sooner or later gambling concessions and sub-concessions will be called up. And when that happens there will be some problems on the table…

Jurist and legal expert António Lobo Vilela has no doubt: “Law 16/2001 and the concession and subconcession contracts are crystal clear on the assets to revert to the Macau SAR.”

The author of Macau Gaming Law – Annotated with Comments, a four-volume book published last year, concedes there’s a problem, however: “the current imbroglio that impedes the registration of the casino operator’s properties in the Land Registry and the subsequent registration in strata title of the unit casino will undoubtedly delay the reversion of the casinos.”

Mr Lobo Vilela goes further on this question, until now a poorly developed issue, at least in public terms: “Worse than that, it will amputate the Macau government on the leeway it would have if the casinos were to be surrendered by the term of the concessions and subconcessions, with, of course, clear detriment to the public interest.” [António Lobo Vilela has been one of the few voices drawing attention to this subject: in 2015 he wrote an article on the issue, published by the Asian Gaming Lawyer, and he elaborated further on it in his recent book.]

According to Mr Lobo Vilela and others, problems that may hinder the eventual reversion of the properties where the casinos are located are due to the fact that these properties are not registered with the Real Estate Office or with Public Works as horizontal properties, meaning it will not be possible to revert the subdivisions of the properties that are related to gambling, because… they don’t exist.

Macau Business contacted the Land, Public Works and Transportation Bureau (DSSOPT), and the Bureau ruled out any difficulties.

According to a Bureau source, “the reversion of the respective properties is clearly defined, and DSSOPT will strictly comply with the concession contract for each unit of land.”

Jorge Costa Oliveira, former commissioner for gaming affairs at the Macau Gaming Commission (2001), acknowledges that “several concessionaires and subconcessionaires have misinterpreted the law in separating ‘casino’-designated areas within ‘gaming areas’ to try to circumscribe the effect of the reversion mechanism set forth in Law 16/2001.”

But, according to Mr Oliveira, “that is not the correct interpretation. At the time of the reversion, all gambling zones will return to the Macau SAR.”

As the managing partner at the Lektou law firm understands it, “Technically, though it’s unlikely to occur, it is possible to have a gaming concessionaire operating a casino that had been operated by another concessionaire until 26 June 2022 – the date when the casino reverted to the MSAR. The former gaming concessionaire, which decides to not continue as a concessionaire for whatever reason – or because it did not get one of the new concessions, or simply decided not to submit a bid – will retain rights to operate the hotel but not the gaming areas, which revert to the MSAR. That’s why casinos in the major developments need to be registered as separate units in the Land Registry.”

12,000 kilometres away, this scenario is strange to one of the main gaming lawyers in Las Vegas.

In response to Macau Business Anthony Cabot returns a series of questions: “Will Galaxy’s concession be up for public tender separate from Wynn’s? It is clear that Galaxy is bidding to continue operations. But how can other bidders for Galaxy’s concession approach a situation where they have to garner Galaxy’s cooperation to operate within Galaxy’s existing resort premises, even to consider the risks and value of bidding against Galaxy? For example, does the resort owner have to cooperate with the casino operators regarding accommodation for gamblers? What is the pricing? Where ownership is divided between the hotel and casino, the agreements between the two are usually extensive and negotiated. Moreover, are the property rights to transfer casino operations for Galaxy’s existing casinos clear?”

Cabot, Distinguished Fellow of Gaming Law, UNLV Boyd School of Law, poses another set of questions: “Moreover, what is the nature of the bids? Is it merely a cash payment to the Government or something else? If you do not own the resort/hotel, this would seem to curtail significant capital improvements or adding additional amenities to promote tourism. It could be a commitment to offsite infrastructure like transportation, but how will this be effectuated and proportioned among the concessionaires?

“If the government has additional locations for new casinos, then a public tender for these locations is logical. But these should be disclosed, as they could impact on the valuation of the existing concessions,” says Cabot, several times named “best gambling lawyer in the world”.

Pedro Cortés has an “answer” for this scenario.

The Macau-based lawyer wonders, “Are they going to promise physical investments? I don’t believe that.

“All investments in brick and mortar have been done. I can see more of an approach like Las Vegas Sands had with the Londoner being taken, rather than having new developments. We surely need to have investment, but the fact that there is no land available makes the idea of offering other types of investment even more critical,” Mr Cortés tells Macau Business.

There are also those, like Professor Changbin Wang, who advocate profound transformations in the existing model. “It is time for the Macao government to consider reforming or even overhauling the current concession system, which is largely shaped by tradition. Under the new situation, the Macao government must find some new ways to renew the concessions while keeping the casino market growing or at least stable,” the Director, Centre for Gaming & Tourism Studies, Macau Polytechnic Institute stated in a recent academic paper. To Macau Business he replied that “there should be a couple of ways to overhaul the concession system. For instance, replacing it with a licensing system like Las Vegas has; or keeping the concession system but with some changes, such as introducing more developers.”

For all these reasons and more, António Lobo Vilela concludes, “All international media highlights will be focused on the next public tender, scrutinizing its slightest detail. Most of the preparatory works (and ‘studies’ that the Macau government loves to commission) should already be concluded. The Macau government most certainly has the crème de la crème with the experience, expertise, vision, capability and intellect needed to conduct an international public tender. If it doesn’t, it absolutely knows where to find such a skilled workforce, either internally or externally.”

And yet, at this moment, it’s not clear who will coordinate the tender.

Same as usual, or not?

Two perspectives: will the next public tender be very similar to that of 2001 (Jorge Costa Oliveira: “Basically, I think it will be the same criteria, albeit with a different scoring weight. Should Law 16/2001 be amended maybe one or two new criteria will be added, like the diversification of the economy or the CSR, but I don’t think those will be very relevant for the final outcome. These are casino gaming concessions, and the criteria for their adjudication should be in line with the legal nature of this type of concession.”), or will there be significant changes?

Macau Business put the question to Alidad Tash: what will it be?

Tash, who amassed 20 years of gaming experience at Venetian Las Vegas and Sands China before overseeing strategy and gaming operations at Melco Resorts, answered this way:

“The Chief Executive sits in a much more powerful position now, versus 20 years ago when the initial licenses were awarded. Back then, no one – not even the most optimistic – could’ve guessed how successful Macau would eventually become. But now, no one has any doubts, so the Chief Executive can ask for anything from the concessionaires, and they would happily oblige.

“It’s impossible (but fun) to guess what the CE’s final set of demands might be, since there are so many possibilities. They may include some of these:

Previous | All waiting on the new law