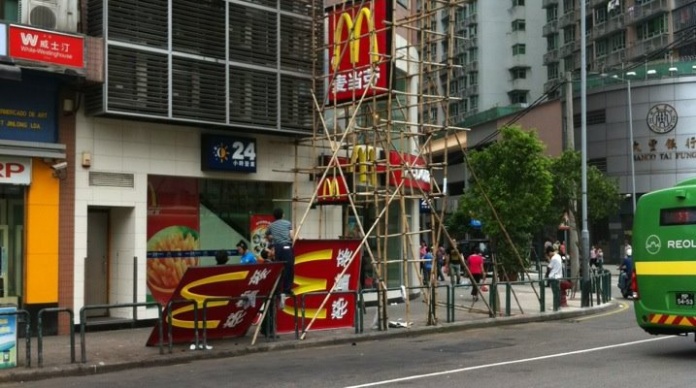 A McDonald’s signboard written in simplified characters started an unprecedented discussion in Macau.

When Las Vegas Sands opened the Sands Macao casino in 2004, a lot changed; not only for the gaming and tourism industry, but also when it comes to using signboards in simplified Chinese characters inside casino-resorts.

Macau witnessed a substantial increase of Mandarin on the streets and inside the gaming floors. This had an impact on Macau’s linguistic tradition (both spoken and written).

As defended by Xi Yan, who obtained his Ph.D. in linguistics from the University of Macau, “Due to various reasons such as the fluidity of the population and pro-China social groups’ promotion of national identification, there is a weak sense of belonging among Macau’s local population.”

According to this expert, it is not possible to understand the opinions of a significant portion of the resident population of Macau regarding the issue of language without relating it to local identity.

“The use of Cantonese is seen as a distinctive identity inherited from parents, friends and the preference represents an authentic ‘localness’,” states Lou Lai-Chu from the University of Saint Joseph. “Cantonese residents in the MSAR are very proud of their mother tongue,” adds Jean Berlie, former scholarship holder of the Macau Foundation. Macao Polytechnic Institute Professor John Wheeler shares how at his university, “An official celebration for two visiting mainland teachers who only spoke Pǔtōnghuà was entirely conducted in Cantonese, which lends credence to the idea that Cantonese is also bound tightly with Macau’s local identity. The Pǔtōnghuà speaking teachers could not understand any of it.”

It is in this context that we must understand what happened on May 27, 2012, when a netizen published an image of one of McDonald’s local stores on qoos.com, exchanging the sign written in traditional characters for simplified characters.

This publication had a viral effect, not only in Macau but also in Hong Kong, and its importance goes far beyond the number of comments or shares it has generated.

With this “signboard incident,” as Lou Lai-Chu calls it, “It felt like an ordinary life and a deep affiliation with McDonald’s were suddenly interrupted to accommodate Mainland Chinese tourists. Ostensibly, the signboard became a symbol against an impingement of tourism from a netizen’s perspective,” wrote Lou and Philipe Xie from Bowling Green State University, in the United States.

Following the controversy on the internet, several newspapers dedicated reports to the topic, with special emphasis on what Exmoo News wrote, which described this event in the headline as an ‘invasion’ of simplified Chinese characters. “Later, the advantages and disadvantages of using traditional Chinese characters in Macau became a topic in a students’ debate. On the internet, a debate over the protection of traditional Chinese characters against simplified Chinese characters broke out,” sustains researcher Xi Yan from the Faculty of Foreign Languages at Huaqiao University, Quanzhou, to whom “language ideology is a useful framework, not just for studying power and ideology, but specifically for the McDonald’s case and the Macau situation.”

In the opinion of Jean Berlie, former scholarship holder of the Macau Foundation, “Thanks to their literature and the rich Cantonese opera (yueju), we believe in the resilience of the Cantonese language in Macau, until the MSAR’s likely integration into Guangdong province in 2049.”

Professor Xi Yan doesn’t forget that some scholars suggest a non-interventionist approach in using simplified and traditional Chinese characters in Macau, but he understands that “such a laissez-faire approach fails to take into consideration the social psychology of different scripts in Macau and may threaten to destabilize Macau’s ‘sociolinguistic regimes’.”

“Strong resistance from the local people in the case of Macau McDonald’s” not only “highlights the important role of traditional Chinese characters to authenticate Macau and mark Macau off from Mainland China,” but also, says Xi Yan, “to some extent it reflects the tension between ‘One Country’ and ‘Two Systems’—Macau as a part of China and yet distinctly different from Mainland China.” 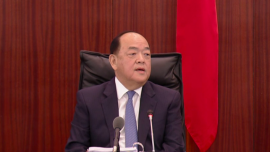 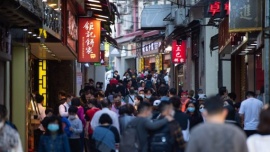