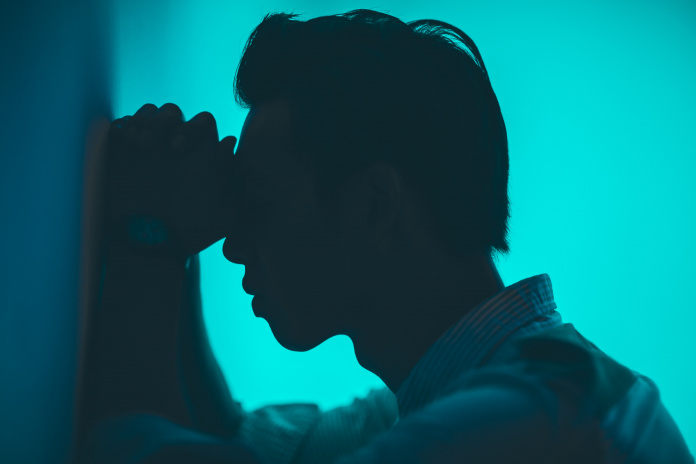 Chinese millennials “are more able to be individualistic and more likely to uphold their individual rights,” according to Jianhua Xu, Head of the Department of Sociology at the University of Macau.

Associate Professor Jianhua Xu of UM’s Department of Sociology is also, among other affiliations, an adjunct professor at UM’s Centre for Macau Studies. He worked as a police officer in Mainland China (2004–06), was a Fulbright visiting scholar at the University of Pennsylvania (2008–09) and was a visiting scholar at the Australian National University (2017 and 2019). He is currently serving as book review editor for the Asian Journal of Criminology. His research interests include the sociology of crime and deviance, policing, victimology, urban sociology and Macau studies.

There is widespread agreement that those born after the 1980s are very different from their parents. What do you find are the main explanations?

Jianhua Xu – Different social environments shape different people’s social characteristics. This is true at the individual level and at the generational level as well. The environment of those growing up post-80s was drastically different from that of their parents’ generation. Before the 1980s, China was among the poorest countries in the world. It also experienced numerous political movements and even great famine. Citizens were highly embedded into the state, as there was no free market in which people could survive. The state monopolized nearly all resources. People had to be heavily dependent on the state, which is the structural reason for the strong collectivism of generations prior to the 1980s. After the 1980s, the state started to retreat from many areas, and the market came to play an increasingly important role in shaping people’s work and life, which is the background of the increasing individualism of the post-1980s. Let me give you one example: when I attended university in 1997, many of my relatives from rural China still asked me whether the university would assign me a job after graduation.

Another key difference between generations pre- and post-1980s is the material life they lived. Many parents of the post-80s generation had the experience of material deprivation and absolute poverty, with some having memories of starvation. That’s why they are able to tolerate some very poor and demanding working environments. The material life for the post-80s generation was much improved. Of course, this would mean they would have different expectations for their jobs and lives. They are more able to be individualistic and more likely to uphold their individual rights. For the global “Me Too” movement to have resonated in China would have been unthinkable had it happened two decades earlier.

Expressions like ‘millennials’ or ‘Generation Z’ [??? Millennials are Generation Y!!] are occasionally necessary but tend to generalize. For example, within the cohort do you find significant differences between boys and girls?

J.X. – I would say there are more similarities than differences between boys and girls within the millennials. In particular, millennial girls have enjoyed a much more equal educational opportunity than earlier generations. In traditional China, there is a strong son preference. Limited educational opportunities and resources tended to be reserved for boys rather than girls. However, urban girls enjoyed an unprecedented opportunity for education after 1980, due to the one-child policy which meant there was no sibling competitor in the urban family. For millennials, equal educational opportunities have also spread to rural China. Nowadays, we see more girls than boys in many Chinese universities, although that is also a world-wide phenomenon. However, there might still be a long way to go before millennial girls enjoy equal opportunities in the job market and in career development. Girls are still far less represented among top politicians, business tycoons and in academia. In the long term, I am cautiously optimistic about gender equality for millennials when they become main players in Chinese society.

Another convergence of gender roles is probably the phenomenon of so-called feminization of boys among millennials. Unlike traditional masculinity, where boys are proud of being tough in terms of image and actions, for many millennial boys the new fashion is gentle and soft, reflected in many youth idols in popular culture. The connotation of masculinity has been changed.

“Some desperately choose giving up”

If we asked you to choose the most differentiating as well as the most aggregating characteristics among the under-40s, what would those be? Perhaps the relationship with technologies and the Internet?

J.X. – The co-existence of affluence and anxiety is probably the most typical characteristic of the under-40s. On the one hand, they grew up in a period when China was experiencing rapid industrialization and urbanization. They live in a much more materially affluent society than did earlier generations. They also have much more opportunity for exposure to the outside world. On the other hand, they have a much more anxious life due to fierce competition among peers. The opportunity for upward social mobility has been significantly constricted in recent years. In other words, social stratification has increasingly been institutionalized. It is much harder nowadays for a kid from a poor family to go to a top university, and then to climb the career ladder should they be lucky enough to attend one. A family’s social, economic and cultural capitals matter much more now for one’s success than they did before. It is against this background that the term “involution”, originally from the field of anthropology, has suddenly become a popular catchword. The term refers to excessive competition without much actual improvement. While most youth may have no choice but to enter the game of fierce competition, others desperately choose giving up, adopting a philosophy escribed by the popular phrase tangping (“lying flat”). As a result, the mental health problem has become much more severe than before among Chinese youth.

“They are rich; they like shopping and luxury brands” – is this stereotype fair/true?

J.X. – The post-80s generation, and millennials in particular, definitely have a different attitude towards consumption. While their parents’ generation may have lived a very austere lifestyle, accumulating wealth for the future, the younger generations are more willing to spend money. The whole society has changed. In the past, austerity was a meritorious value promoted by the government. Nowadays, consumer culture dominates society. We shouldn’t be surprised that youth are more consumption-orientated.

For many urban youth, there is an additional reason: when some goals are too distant to achieve, people may give up and tend to focus instead on what they can enjoy at hand. For instance, among the first generation of Chinese migrant workers, there were many with the dream of building a house for themselves back home after saving up the necessary money. For the second generation of migrant workers, however, the dream is more about staying in their adopted cities, even when the urban house market is way beyond their reach. Therefore, they may fall back on more realistic but seemingly over-consumerist behaviours such as shopping and using luxury brands.

Another feature that perhaps is obvious: they are much more educated than their parents. Does this increase the pressure on them in terms of completing a higher academic qualification? And does it represent added pressure when choosing a job?

J.X. – There has been a significant improvement in the level of education among Chinese youth nowadays. China’s overall university admission rate for the younger cohort has reached almost 50 per cent in recent years. Every year, there are around 10 million students admitted to university. In 2021, over 40 percent of university graduates participated in master’s admissions examinations in China. It has been jokingly stated that a master’s degree is a basic requirement for finding a decent job nowadays. The younger generation is undoubtedly much better educated than their parents. But this may also cause the problem of “degree inflation”.