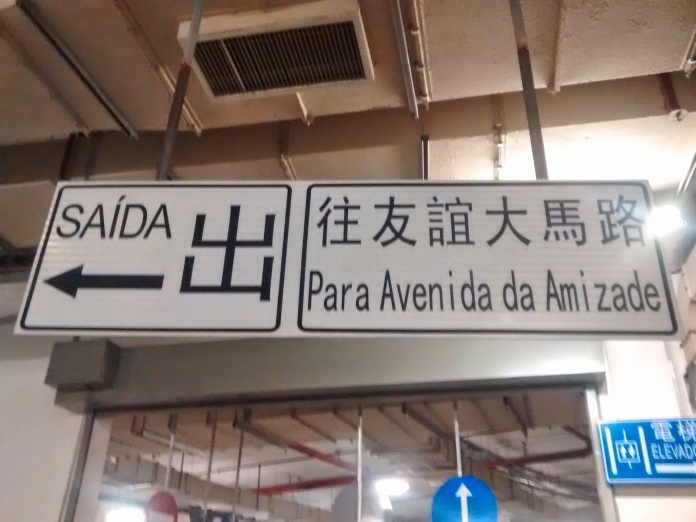 Portuguese has witnessed a renewed interest in recent years thanks to China’s focus on highlighting Macau as a Sino-Lusophone hub. However the meaning and practice of being an official language end up being rather nuanced.

It is fair to say that China has done more for the Portuguese language in these 20 years than the Portuguese did for Chinese in nearly five centuries.

Here one should highlight the role played by the Central Chinese Government.

Not that successive Macau governments, at various levels, have not reaffirmed their interest in the Portuguese language, by proposing the creation of a Forum for Economic and Trade Co-operation between China and Portuguese-speaking Countries; just three years after the handover, Beijing clearly highlighted Macao’s Portuguese-speaking connection as a priority.

More: whenever a Mainland Chinese senior official visits Macao, the Portuguese-speaking features of Macau are reaffirmed, as it happened in 2016, with the relevant intervention of Prime Minister Li Keqiang at the opening of the 5th Forum Macau Ministerial Meeting.

What would have happened had the promotion of Portuguese language not been prioritized by Beijing? The answer will always be speculative, but some experts dispute the notion that Portuguese is on equal footing with Chinese as an official language in Macao.

“The idea that all official languages are equal in status and legal effect, without distinction between the primary and secondary, is pedantic thinking and a misunderstanding,” researcher Xu Chang from the Macau Polytechnic Institute (IPM), argues in an essay paper (2013).

According to this Macao-based scholar, “the tendency to adopt bilingualism across the board without distinction between general and specific administrative actions should be avoided.”

Professor Xu even proposed “the start of legislative procedure for a ‘Law on the Official Language of the Macau SAR’,” a suggestion that has not found echo so far.

Another researcher from IPM’s One Country Two Systems Centre, Leong Sok Man, also analyses the content of article 9 of the Basic Law and concludes that “Portuguese as an official language in Macau has its positive significance, after all, the legal sources in Macau has strong Portugal color, and Macao, as a multicultural society, is a platform between China and Portuguese-speaking countries”. Therefore the author underlines that “it will be more favorable for the development of the Macau society and the whole country to ensure the living space of Portuguese in Macao”.

With regards to the use of Portuguese in the Administration, in May 2012, the then Director of Public Administration and Civil Service Bureau issued a circular entitled “Atenção com a divulgação de informações ao público” [Attention in Release of Information to the Public]”. It declared, in accordance with Article 9 of the Basic Law and Decree No. 101/99/M, that “both Chinese and Portuguese as official languages are to be used by government departments when releasing information to the public.”

The importance of promoting Portuguese in Macau has been reiterated by local Government officials and legislators in recent years.

In 2017, former Chief Executive Chui Sai On set the objective of Macau being Asia’s leading hub for bilingual (Chinese and Portuguese) education and training.

Also, former Secretary for Social Affairs and Culture Alexis Tam stressed in 2019 that Portuguese language should not be regarded solely as historical and collective reference but also as a pathway for countless opportunities for the local population taking into account the role assigned by the Central Government to the Macau SAR.

Some lawmakers have made the case for introducing compressively Portuguese in the local primary education to further nurture local bilingual talents in the long run. “Learning Portuguese is not easy, but the demand arising from the future needs of a platform leads society to recognize the importance of mastering Portuguese, said legislator Chan Iek Lap in 2016.

In fact, in the 2019/2020 academic year, the number of students learning Portuguese in local non-tertiary education institutions was higher than just before the 1999 handover.

Despite all these developments, legislator José Pereira Coutinho, who is also President of the Macau Civil Servants Association, has been expressing concerns of the status of Portuguese in the SAR. In a letter sent last year to the president of the Legislative Assembly, it warned against the weakening of Portuguese as an official language.

Patuá is the name by which a creole spoken in Macau by the Macaense (or Maquista) is commonly known.

This community, which results from miscegenation between Portuguese and Chinese and other Asians, has developed over the centuries a dialect that incorporates words from various origins, including Portuguese, Cantonese and Malay among other languages. .

But today “objectively, I would say Patuá had already disappeared. Only a small group of people speak Patuá these days, mostly for fun and entertainment. So it’s no longer a natural phenomenon, but an artificial setup,” states to Macau Business André Ritchie, fluent in Patuá, which he uses to talk to his 95-year-old grandmother. However, “as a proud Macanese, I want to believe in our resilience. Look at Papia Kristang in Malacca – still there after so many years.”

André Ritchie, who has been an actor in the local drama troupe Dóci Papiaçam di Macao, does not believe that it is possible to save Patuá (“Things exist and make sense in a given time and space for a certain reason, under a certain context – and Patuá is no different”), but he recalls that “technology helps: Patuá is now documented not only in written form, but also in audio and video formats. In the event of a catastrophic generational missing link, picking it up sometime in the future by someone unfamiliar would not be totally impossible. “

May 14, 2021
Of all mainland routes operating at the Macau International Airport during the Labour Day Holiday...