In 2017, super-typhoon Hato swept though the city in a way that it prompted a debate about whether the casinos should have closed or not. Now the pandemic led to an unprecedented two-week blanket closure. It’s all new and all different with Covid-19. Also, it’s new for casinos and their gamblers.

A year of COVID-19 and nobody knows how and when this will end.

In Macau in particular, doubts have to do with how gamblers and tourists in general will behave after the situation returns to normal (with the vaccine, therefore).

Will it be the (old) normal or what is often called ‘the new normal’?

Let’s address this step by step.

This year will go down in history for, at least, two types of facts:

– The never seen before casino shutdown for 15 days, from February 5 to 19 (Macau was the first gambling city to adopt such a dramatic move, followed by many other similar casino jurisdictions).

– the lowest monthly revenue volume on record in April and June (less than MOP800 million). It is impossible to say whether this city-wide suspension of all casinos will ever be repeated, and with this duration, but even if that happens later, the 5th of February will be remembered in history.

The casinos reopened two weeks later, but virtually without customers: “We opened up at Studio City. We had about 10 customers that came in; as we opened up the City of Dreams, maybe 10 to 12 customers,” said David Sisk, chief operating officer of Macau resorts for Melco Resorts.

In addition to the April or June figures, “Macau has recorded the steepest decline in casino receipts in recent decades,” stated Hong-Wai Ho, a lecturer at the Centre for Gaming and Tourism Studies at Macau Polytechnic Institute. The gross gaming revenue for the first six months of the year is down 77.4 percent compared to 2019, and most of the revenue was generated in January. “Against this dire backdrop,” adds the same researcher, “Macau casinos continued paying their employees through the aforementioned closure in February along with the necessary operational adjustments.”

In May, for the first time in many years, the average daily balance of transactions for all Macau casinos reached negative values. In other words, the premiums paid to gamblers exceeded the daily average of gross revenues by around MOP25 million.

It’s true that mainland China reinstated the IVS scheme for all residents of mainland China from September, but the requirements to get visas are exhaustive, as well as obtaining negative virus test certificates and health codes.

The resumption of online application for IVS visas to Macau partially solves the problem, but everyone is aware that a new phase will only open when the vaccine is disseminated.

“Amid the ongoing coronavirus disruption and economic slump, patrons might not be gambling the way they were before the pandemic. The COVID-19 crisis, coupled with China’s anti-gambling rules, could have punctured a long-run casino boom in Macau and across Asia,” Hong-Wai Ho added.

Tony Sio-Chong U and Jacky Yuk-Chow So, both from School of Business, Macau University of Science and Technology, are the authors of a research paper called “The Impacts of Financial and Non-financial Crises on Tourism: Evidence from Macao and Hong Kong”, done just before the COVID-19.

Tony Sio-Chong U told Macau Business that, “In general, financial crisis will affect the income and wealth of people. Their overall expenditure should be reduced. Therefore, the willingness to travel would be declined. In contrast with the health-related crises, i.e., SARS and Covid-19, people would avoid travelling to a pandemic area since the safety is their main concern. Besides the financial influence from health-related crises, the safety-first priority may cause the health-related crisis to have more serious impact on tourists than the financial one. The Covid-19 may make more serious impact since it lasts longer and affects more countries.”

“Safety is the first priority when tourists planned their tours,” reads the research.

Incidentally, the results of a survey of 1,000 adult US gamblers, published by Synergy Blue, a manufacturer of arcade-style casino games, shows that only 51 percent of those surveyed said they will gamble in casinos again once casinos reopen. More relevant: 26 percent said they will do so only if the number of active COVID-19 cases drastically reduces.

Most likely these data will be related to others, obtained in Macau by local think-tank The Macau Research Centre, that has shown that only one-third of visitors from mainland China to Macau during the first week of September had spent time gambling during their stay.

Added to all this are two more factors: the reinforcement of Beijing’s anti-corruption and capital control measures alongside the ongoing US-China trade war. “We see risk that the CCP may be embarking on a second wave Anti-Corruption campaign,” analysts at Bernstein Sanford said. “This put the whole gaming industry in Macau in a state of ‘lingering anxiety’,” two Macau-based researchers Dennis Zuev and Kevin Hannam, wrote.

For all these reasons, it is impossible to say how and when the recovery will take place: all forecasts made in the months following the shutdown have failed.

“The recovery will be slow through to the end of 2021. However, it depends on the development and effectiveness of vaccine,” tells Professor Lawrence Fong, Department of Integrated Resort and Tourism Management, Faculty of Business Administration, University of Macau. “I predict that Macau’s economic growth will not take a long time to return to before the epidemic. As long as mainland tourists can visit Macau normally, Macau’s economy will quickly return to its pre-epidemic level. There is no doubt about this,” Che Sei Tak, lecturer of Macau Polytechnic Institute, revealed.

Statins don’t cause muscle pain after all: study

Some Fed services down due to ‘operational error’ 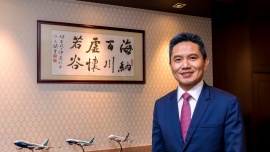 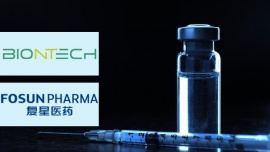 Vaccination with BioNTech doses to start next week

February 25, 2021
Health authorities have announced that the first doses of the BioNTech vaccine supplied by Fosun...

February 24, 2021
The Office of the Commissioner of the Ministry of Foreign Affairs of the People's Republic...

February 24, 2021
Taiwanese authorities have announced today (Wednesday) that they will lift the ban on the entry...
Load more