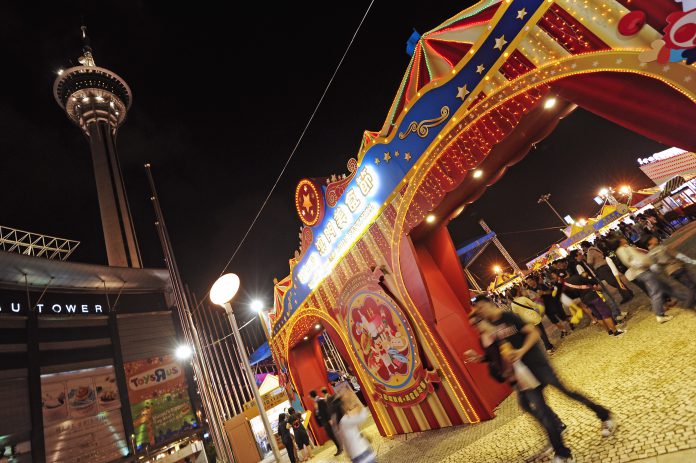 Macau tourism has been trying to implement the World Centre of Tourism and Leisure (WCTL) concept for 10 years. There are already results, but the work is not complete

There have been several episodes of rebranding Macau’s tourist image, but none as ambitious and radical as the creation of the World Centre of Tourism and Leisure (WCTL) concept.

The original idea hails from 2008 but only emerged in 2011 and began to appear in all official documents from the following year.

The Macao Yearbook 2012 was clear: “Given the importance of the mass gaming market, the Macau SAR Government is currently working on the improvement of Macau’s image by positioning it as a WCTL with the purpose of diversifying this industry sector and promoting Macau as a quality travel-destination, with regional cooperation.”

The same document added: “Most recently, the MSAR Government started working towards the major objective of turning Macau into a premium tourist destination and Asia’s unique leisure, entertainment, exhibition and convention hub.”

Joey Pek U Sou and Thea Vinnicombe, both of the Institute for Tourism Studies, and Tiffany Cheng Han Leung, Hong Kong Polytechnic University, state: “The rational course for Macau would be to continue to exploit its strong gaming image. The SAR’s administration is, however, committed to the new destination brand of Macau as a WCTL. There are a number of reasons for this, the most commonly cited being a concern that Macau is over reliant on one industry and one market, that is, Chinese gaming tourism.

“The real reason for the new branding campaign,” the three authors claim, “appears to be political, resulting directly from a change in the Central Government’s vision for Macau as outlined in the 12th five-year plan of the People’s Republic of China.” It is in this document that the central authorities first presented their expectations for Macau’s transformation into a WCTL, explicitly announcing support for this positioning/aspiration.

In 2016 Sou, Vinnicombe and Leung criticized “this hierarchical process, where the brand positioning for Macau is determined at arm’s length by the Mainland government, adopted by the Macau administration and implemented largely by the MGTO”, believing this “increases the likelihood of a positioning strategy that fails to reflect the reality ‘on the ground’.”

To support these claims, the three researchers presented the results of a survey among Chinese tourists, which, among other conclusions, show “the respondents’ views of Macau’s current destination image fail to resonate with that of a WCTL.

“Respondents were broadly aware of the government’s decision to leverage culture and reposition Macau as a WCTL,” however, “it became clear that the term WCTL is vague and was not clearly understood by the stakeholders, nor was it properly communicated through the cultural policies.”

Several years have passed since this study was released.

The authors of the 2020 paper Using text mining to track changes in travel destination image: the case of Macau contend: “The destination image of culture, which is mainly related to the Historic Centre of Macau, has been built and recognised by tourists. The effort of branding Macau as a WCTL has paid off.

One of them, Matthew Liu, Professor of Marketing and Director, Centre for Continuing Education, University of Macau, tells Macau Business: “Branding Macau as a WCTL strongly complied with the instructions of Central Government, which alleviates the stereotype on gambling and promotes globalization and diversification.”

But even though this scholar believes “the development orientation of Macau is currently on the right track,” the task is far from complete: “To attract more leisure-oriented and different interest groups from various countries, the Macau tourism authorities and the travel agencies need to provide more interactive or authentic information highlighting culture leisure activities in Macau (e.g. shots of nightlife, performances and cultural activities in city scenes and having friendly open subjects and interactions with locals in people-interaction scenes).”

His colleague at the University of Macau, Professor Amy So, Director, Center for Tourism and Integrated Resort Studies, agrees: “Yes, I think the WCTL is a good idea but may need to further elaborate and showcase our uniqueness when branding our destination.”

The first aims to achieve a “Tourism Industry Development Master Plan” to optimize the overall tourism environment and make Macau a tourism destination place. On the other hand, the enhancement of tourism service quality is also an important point that can be accomplished with industry training and management. The “Quality Tourism Services Accreditation Scheme” and “Tourism Awareness Campaign” are related tools to better understand and evaluate the sector. The diversification of tourism products and the promotion of events were the third and fourth objectives highlighted during the conference. Finally, the dynamic participation in international and regional cooperation will help improve communication overseas alongside the growth of platforms to provide further information about events and history (e.g. “Useful Tourism-Info E-Platform” and “Macau Travel Talk”).