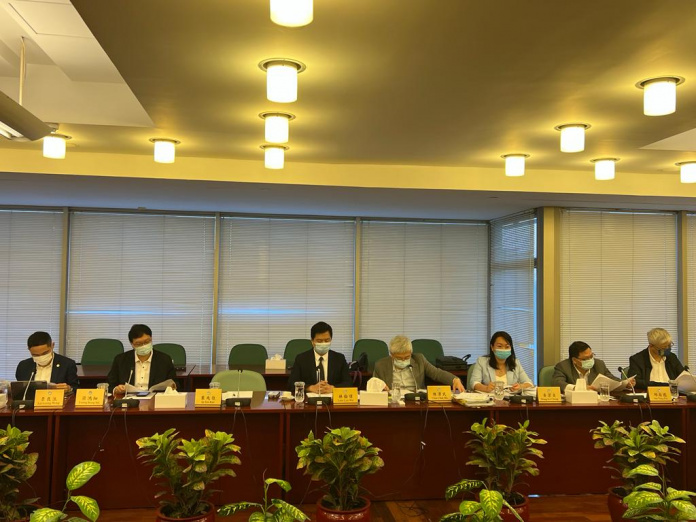 The evaluation committee is confident that the gaming law amendment will “get enough votes to pass”, with the final version to be sent to the plenary for voting the soonest on June 21, the president of the second standing committee of the Legislative Assembly (AL), Chan Chak Mo indicated today (Wednesday).

The comments were made by Chan to the media after the standing committee signed the final draft of the amendment, with the final commission report set to be published tomorrow morning on the AL website.

The committee president noted that not many last-minute changes were made on the draft signed this afternoon with adjustments mostly on wording, and the final version will be sent to the plenary for voting as soon as next Tuesday.

Some changes were only revealed when the final law draft was published this morning, including an effective 1 per cent gaming tax increase to 40 per cent, with a possible reduction or exemption up to 5 per cent if operators managed to attract non-mainland patrons.

Meanwhile, the legislator indicated that the bill will take effect on the day after its publication in Official Gazette, however, articles involving gaming promoters, intermediaries and management companies will only take effect after the SAR government signs the contract with the gaming concessionaires.

The legislator also stressed that he believes the bill will pass with sufficient votes, but some legislators may raise additional vote requests on a few articles.

At the same time, Chan expressed that the most discussed articles of the amendment during the overall evaluation by committee members were those concerning satellite casinos, as revisions of this issue would significantly influence the local economy.

“We have taken into account that if many satellite casinos cease operation, many people may lose their jobs,” Chan emphasized.

The satellite casino issue has been one of the more contentious during the discussion and evaluation of the general gaming law amendment, with several protests from members of the sector who considered the changes doomed most third-party managed casinos to close doors since operators could be unwilling to acquire the full property where they are located.

However, earlier in May, a revised version of the amendment has proposed that even if the property where the satellite casino is located is not fully transferred to the gaming concessionaire, the casino could still continue operating as a managing entity, if a contract is established with the operator and approved by the Chief Executive.

Meanwhile, some gaming industry insiders have expressed recently in comments to newspaper Macao Daily that the gaming concessionaires are negotiating with the satellite casino owners who plan to close down about the future venue leasing business, as the current contract between satellite casinos and the gaming concessionaires will expire on June 26.

Replying to the question that whether the gaming law will include the regulation of future rent, Chan indicated that this issue should be covered by the rent law instead of the gaming law, as the legislation only deals with the relevant gambling business.