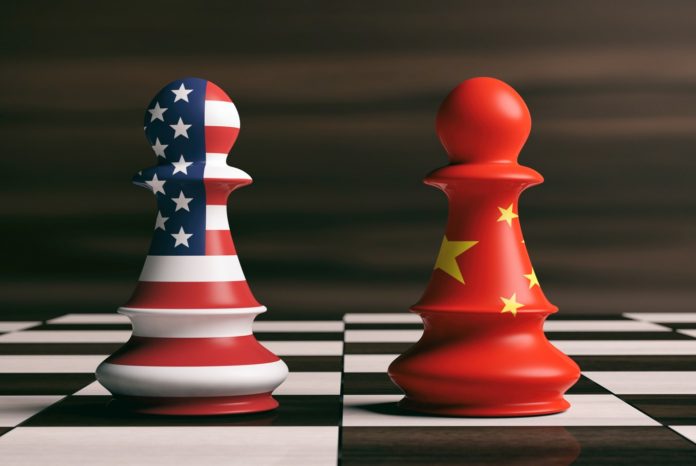 On May 29, US President Donald Trump criticized China for turning Hong Kong’s “one country, two systems” into “one country, one system” through the imposition of a national security law and he ordered his subordinates to study how to revoke the special treatment and privileges given to Hong Kong – severe criticisms that marked a new ideological conflict between the US and China.

He also criticized China for its failure to contain Covid-19 and for its violation of intellectual property rights. Mainland Chinese students from mainland universities that have connections with the military in China would be barred from studying in America’s universities.

The decision of the Chinese government to legislate a national security law directly for Hong Kong, in the minds of the US president and his top advisers, runs counter to the US interest of protecting human rights and promoting democratic values in countries over the world.

To the US administration, once the national security law is imposed onto Hong Kong, it would open the door to the erosion of existing civil liberties. On May 28, a joint statement issued by the governments of the US, UK, Canada and Australia said that the national security law “raises the prospect of prosecution in Hong Kong for political crimes, and undermines existing commitments to protect the rights of Hong Kong people.”

The Chinese Foreign Ministry rejected the aforesaid statement made by the four countries, saying that national security legislation is within the “power and obligation of the central authorities, not within the limits of autonomy of the HKSAR.”

In recent years, the rise of China has been posing a threat to America’s national security. The Sino-US technological war was waged over the 5G competition. Their diplomatic struggle can also be seen in the case of Sabrina Meng, a top executive of Huawei who is staying in British Columbia, Canada, to face a legal battle over an extradition trial about Huawei’s operation in Iran.

After Meng was detained in Canada, two Canadians – Michael Kovrig and Michael Spavor – were coincidentally arrested in China in December 2018. They were accused of violating national security in the mainland. While Sino-Canadian relations have deteriorated, Sino-American relations have also taken a turn for the worse.

After the outbreak of Covid-19 in China, both the American and Chinese militaries have sent their warships and fighter jets near Taiwan. Flexing their military muscles, China and America face a challenge of how to manage their military encounters peacefully without any accident.

The People’s Liberation Army (PLA) has become more hard-line in its recent position over Taiwan. General Li Zuocheng, chief of the PLA Joint Staff Department, said on May 29 that the PLA does not abandon the use of force in dealing with Taiwan. Li added that Taiwan belongs to China’s domestic affairs, and that any foreign intervention in Taiwan would not be allowed.

His remarks echoed the relatively uncompromising stance announced by Li Zhanshu, the chairman of China’s National People’s Congress. Li said on May 29 that China would use military force as a last resort to cope with Taiwan. On the same day, the official Chinese media broadcasted a film on the PLA bombardment of Kinmen in August 1958. The film carried anti-American message, saying that any “conspiracy” adopted by America to “intervene” in Taiwan “was destined to fail.”

The strong remarks made by PLA General Li and NPC Chairman Li were apparently a response to the recent US attempts at supporting Taiwan. When Tsai Ing-wen of the Democratic Progressive Party (DPP) swore in as the President of the Republic of China (ROC) on May 20, the US Secretary of State Mike Pompeo sent a congratulatory note to her in a high-profile way.

Compounding the frosty Sino-American relations was the US support of Taiwan to participate in the World Health Assembly. Although President Trump has vowed to terminate the US financial support of World Health Organization, which to him was “biased” in favour of the People’s Republic of China (PRC), the US move to mobilize its allies to back up Taiwan’s entry into the World Heath Assembly appeared to irritate the PRC government.

During the inauguration ceremony on May 20, ROC President Tsai Ing-wen made remarks that alienated PRC authorities. She openly said that Taiwan appealed to Mainland China to observe “peace, equality, democracy and dialogue.” The four words of “peace, equality, democracy and dialogue” appeared to reverse Mainland China’s strategy of dealing with Taiwan firstly by economic and human interactions, followed by dialogue and finally by peace. Tsai’s strategy was provocative, urging that the PRC should adopt the principle of “peace” first, followed by the “equal” relations between the two sides, the democratization of the PRC, and finally dialogue between Taipei and Beijing.

Tsai went so far as to propose the establishment of a constitutional committee to explore the likelihood of constitutional reform and revisions. From Beijing’s perspective, Tsai not only abandoned the so-called 1992 consensus but also elevated the bargaining position to perhaps an unacceptable level. As such, it was understandable and natural why PLA General Li and NPC Chairman Li simultaneously launched verbal attacks on Taiwan on the last day of the NPC session.

The Sino-American struggle over Hong Kong is going to deteriorate inevitably, partly because Beijing is determined to draft and legislate on the national security law for the special administrative region, and partly because President Trump has begun to play the Hong Kong card as one of his re-election campaign platforms. Trump’s speech on Mainland China and Hong Kong on May 29 was strong, raising an immediate question of what sanctions to be adopted by the US government on Hong Kong.

Moreover, if China and America continue their technological, economic and diplomatic struggle, it will perhaps be a matter of time that the Hong Kong dollar would be unpegged from the US dollar. In the short run, this delinking would not occur, but it would become a realistic possibility when Beijing one day feels confident that the Reminbi would be able to replace the US dollar in the Hong Kong context.

From a historical perspective, China’s rise did challenge the American national interest, as with the emergence of the PRC in 1949 and the early 1950s, directly or indirectly leading to Sino-American military conflicts in the Korean War. With the rapid economic, technological and military advancement of the PRC in recent years, the rising Sino-American tensions over both Hong Kong and Taiwan are by no means surprising.

The challenge is how both China and America manage their conflicts-ridden relations in a peaceful manner. Hopefully, the two adversaries can maintain the core principle of agreeing to disagree with each other, while maintaining their peaceful relations over a whole range of contentious issues, including Taiwan’s future and Hong Kong’s developments.

December 6, 2022
NASA's Orion spaceship made a close pass of the Moon and used a gravity assist...
Load more