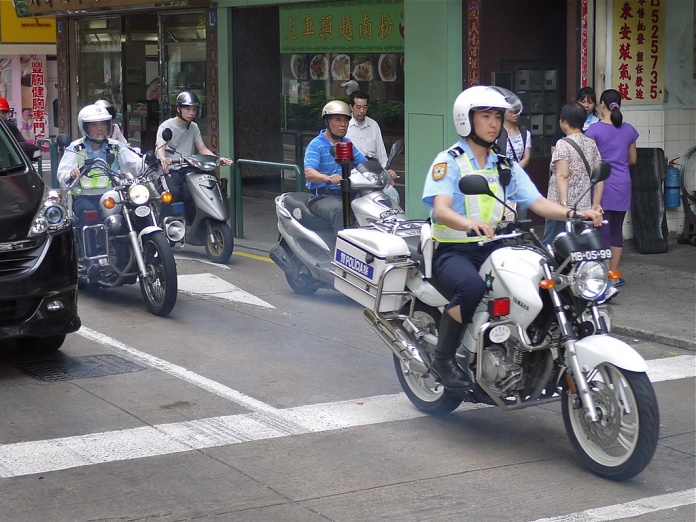 According to the report, the Public Security Police Force (CPSP) revealed yesterday that at 3:00 am of February 3, the student was ordered to stop and fined by a police officer after verifying that the suspect was driving his motorcycle on Avenida Dr. Sun Yat-Sen with the lights off.

The incident led the university student to post a photo of the fine on an unspecified social media platform, accompanied by a text in which the suspect addressed the police officer who charged him with various insults and complaints.

The CPSP indicated that the identification number of the police officer is clearly visible in the photo of the fine in the post, with the student called to testify and admitting he published the image and insulting text because get was “angry” with the fine.

According to the Macau Road Traffic Law, the fine for driving at night with headlights turned could reach MOP600.

However and offence crime could lead to a prison sentence of up to three months or a fine of up to 120 days, with a slander offence possibly added since the matter was published on social media.

If the offense is committed against an official, teacher, public examiner, witness or lawyer, in the exercise of their functions or because of them”, the penalty can be aggravated by half in its minimum and maximum limits”.

The case was already forwarded to the Public Prosecutions Office (MP).