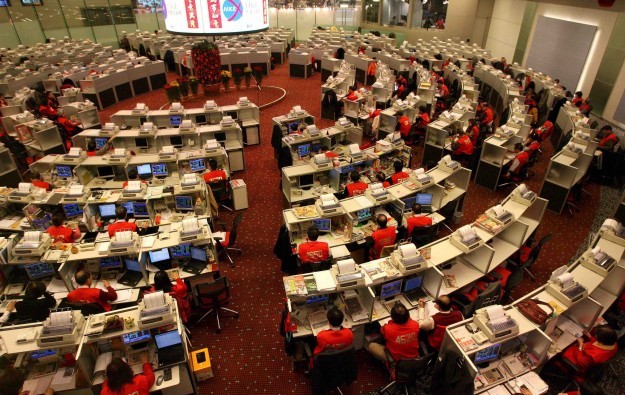 “The risk of stagflation in the world economy is rising, and the foundation for domestic economic recovery is not yet solid,” China’s National Bureau of Statistics warned.

Beijing’s rigid adherence to a zero-Covid strategy has held back economic recovery as snap lockdowns and long quarantines batter business activity and a recovery in consumption.

“The Covid-zero policy continues to hit the service sector and dampen household consumption.”

“This weakness in the Chinese economy comes against the struggle to adapt to a zero-Covid policy, which the government shows little sign of relaxing, against a backdrop of rising cases,” Hewson said.

“Problems in the property sector also aren’t helping, where many home buyers are halting mortgage payments in protest at delays to the completion of new homes.”

Hong Kong was down 0.5 percent and Shanghai ended marginally lower to erase early gains after a mixed session.

Tokyo was the standout in Asian trade, closing 1.1 percent higher on easing concerns over US inflation and as GDP data showed the Japanese economy recovering after the government lifted Covid-19 curbs on businesses.

Other Asian markets also got a lift from Wall Street which ended Friday on a positive note after consumer and producer price data indicated a meaningful cooling in inflation.

Sydney rose 0.5 percent and Taipei was up 0.8 percent, even as China said it had organised fresh military drills around Taiwan as a delegation of US lawmakers visited the island.

Wellington, Manila and Bangkok also saw gains. Singapore and Jakarta were lower while Seoul and Mumbai were closed for holidays.

The markets have been concerned that, after two consecutive Federal Reserve increases in borrowing costs of three-quarters of a percentage point, further hikes of a similar magnitude could choke off economic recovery.

Signs of improving inflation data last week have prompted debate on whether the Fed may pivot more quickly from its recent posture of moving aggressively to hike interest rates.

Investors will be watching the release on Wednesday of the minutes from the Fed’s last policy meeting in July for clues to the US central bank’s rate plans.

“It looks like we are passed peak for inflation. The problem is inflation is still very, very high.”

Oil prices slipped in Asian trade with both main contracts down one percent, with WTI at $91.19 and Brent trading at $97.21 as the stuttering Chinese economic recovery added to concerns about demand.

December 6, 2022
China on Tuesday criticised a US defence report estimating Beijing's nuclear arsenal would triple by...