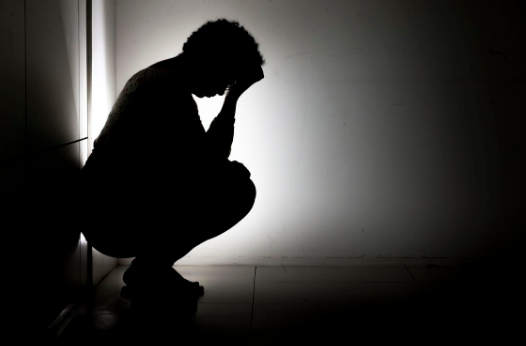 Health authorities advised today (Saturday) citizens suffering from mental health problems, resulting from the recent pandemic restrictions, to seek assistance as the number of suicide cases has increased compared to previous years. The Health Bureau and the Social Health Bureau have been monitoring the situation and providing assistance, authorities added.

“I appeal to residents to take the initiative to ask for help from the relevant entities, or even family members, and if they detect a problem, they should encourage these people to seek professional support,” said Lei Wai Seng, doctor from the Conde de Sao Januario Hospital at the daily COVID-19 press conference.

“There is a lot of pressure in our society, including the issue of employment or even family conflicts, due to the period of isolation,” Lei added.

Lei Wai Seng was answering a question from public broadcaster TDM, which pointed to a total of 53 cases of suicide since January, a figure close to the full-year data from 2021 (60).

Official government figures also reveal that the number of deaths by suicide in the first quarter of this year reached 28, nearly triple from the same period of 2021 (10).

Doctor Lei Wai Seng also said that the Social Welfare Bureau “has been closely monitoring these cases” and that “people who are in isolation have psychological counseling.”

Mr Lei noted that during this outbreak, many people were under a lengthy quarantine period. “The Social Welfare Bureau and the Health Bureau have always maintained close communication. Aside from providing medical treatment, we are always there to give psychological counselling to individuals in isolation,” he said as quoted by TDM.

Lei Wai Seng called on whoever is going through emotional and mental hardship to ” seek assistance through phone hotlines of the hospital, Social Welfare Bureau, or community associations.

Macau, which had registered around 80 infections of COVID-19 since January 2020, was hit in June by the worst outbreak since the beginning of the pandemic, infecting 1,821 people, most of them asymptomatic, with six people who tested positive for COVID-19 dying, all of them elderly with chronic diseases.

After initially going into immediate prevention, with restrictions on mobility,several rounds of mass testing, authorities decreed, starting on July 11, a partial lockdown, which lasted for 12 days.

The city is now in the consolidation period, which is expected to last until Monday. A stabilizationperiod is then set to be adopted starting from August 2, given that the ongoing two-day nucleic acid testing drive (being held this weekend) results in zero infections in the community.

Public parks, gardens, trails and leisure areas have openedto the public on Saturday.

People will still not be able to practice”high-intensity sports”, such as running or cycling, authorities warned, and children’s playgrounds and outdoor fitness equipment will remain closed.

Also from today, the population can wear surgical masks outdoors. Until yesterday, all adults were required to wear “type KN95 or higher standard” masks.

HealthBureau director Alvis Lo said on Fridaythatif the zero community cases tally continues, a return to the pre-June 18 normality could be a reality as early as August 9