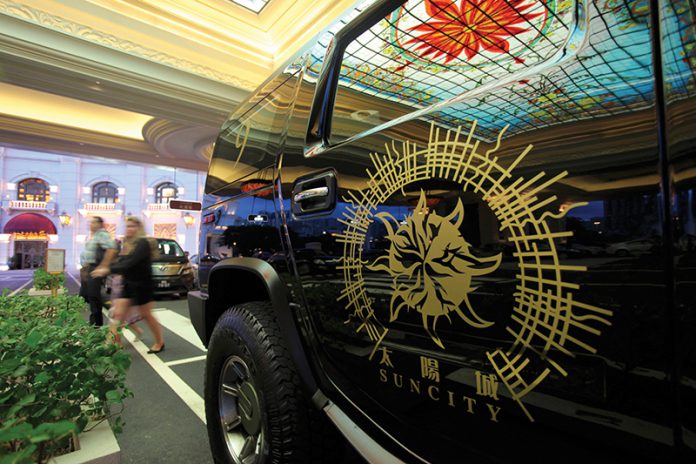 All the defendants, who are present in the trial linked to the now-defunct Macau junket operator Suncity Group, finished testifying on Wednesday (today), and only two have admitted part of their charges since the court proceedings officially began on 19 Sept.

The trial, which is being heard by the Macau Court of First Instance, is now moving to the next stage, with witnesses to take the stand starting from Thursday (tomorrow).

A total of 21 defendants—including former Suncity boss Alvin Chau Cheok Wa—are indicted for illicit gambling activities, involvement in a criminal syndicate, frauds and money laundering, causing the Macau SAR government a loss of HK$8.2 billion (US$1 billion) in gaming tax revenue between March 2013 and March 2021, as well as losses for the city’s gaming operators. Only 10 defendants have been present in the proceedings after the case began earlier this month.

The 10th defendant to take the stand, Vincent Loi, former assistant vice president of VIP service at the now-defunct junket operator, denied on Wednesday he had helped manage funds and operations for the criminal syndicate headed by Mr Chau to run illicit gambling activities like online and proxy betting.

Proxy betting refers to gamblers giving instructions via telephone or other gadgets online to another person, known as a proxy, who helps them to place a bet on a brick-and-mortar casino.

Following the wrap-up of Mr Loi’s testimony, only two of the accused—Cheong Chi Kin and Tim Chau Chun Hee—have admitted their involvement in the so-called under-the-table betting business. Also known as side betting or multipliers, it means a bet formally denominated at a casino gambling table represents only a fraction of the amount of a private bet made between gamblers and junket operators to avoid gaming revenue levies.

Mr Cheong has testified that he had managed a number of operations involved in under-the-table bets for years in Suncity VIP rooms and other casinos, but these were not linked to Suncity. Mr Tim Chau, executive director of local media-and-travel firm UO Group founded by Mr Alvin Chau, has also acknowledged in court he had invested in one of the side-betting operations but denied other charges.

The former gaming tycoon, Mr Alvin Chau, has pleaded not guilty to all the charges, though he has told the court that under-the-table bets have been prevalent in all Macau casinos.

According to the previous information provided by the court, a division chief of the local gaming regulator, Gaming Inspection and Coordination Bureau, is expected to testify on Thursday. Over 90 individuals are listed as witnesses in this case.

Meanwhile, Lou Ieng Ha, the presiding judge of this case, engaged in a brief debate with the legal counsels of defendants on Wednesday about whether the written statements of the defendants that have been absent should be admitted and accepted by the court. Those statements were recorded during the investigations of the local police prior to the trial proceedings.

Judge Lou determined that the statements could be initially admitted and the court would make a decision later on whether they would be accepted as evidence. This decision immediately sparked opposition from a number of legal counsels on Wednesday, believing these statements should not be admitted nor accepted.

As several lawyers tried to voice their dissents in the courtroom, Judge Lou interrupted : “You all cannot [speak up like this] to force the court not to do something… You all have studied law, and you know you have your ways to appeal to a court decision but it should not be done like this.”

When lawyer Pedro Leal, who represents former Suncity IT head Celestino Ali, tried to speak up again, the judge added: “The court has made the decision… I’m giving you the last warning that if you oppose like this again [today] I will ban you from speaking in this trial from now.”

The trial continues on Thursday (tomorrow).